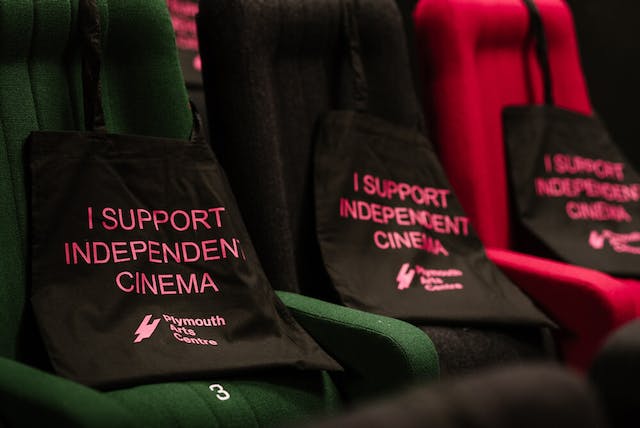 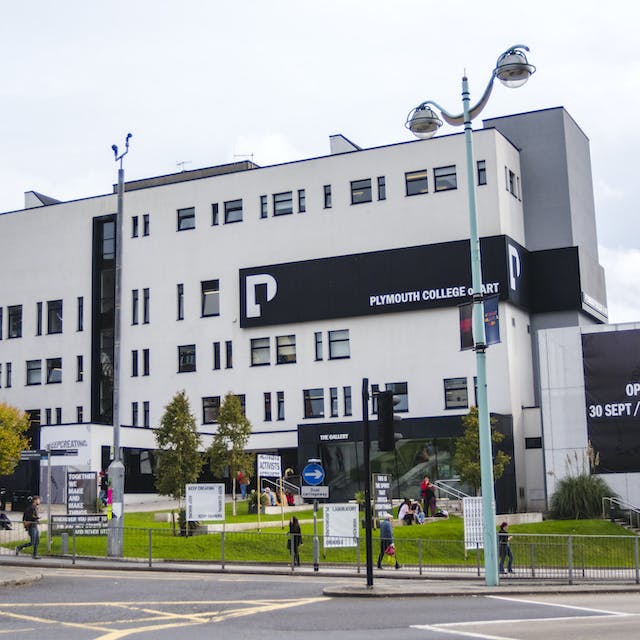 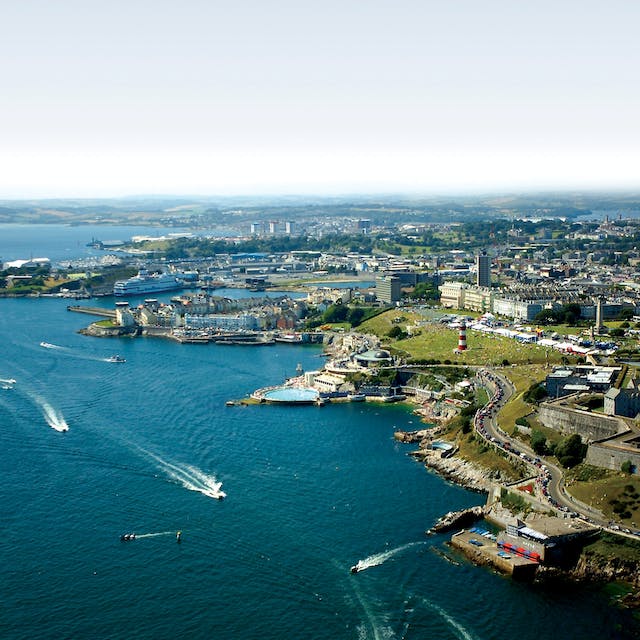 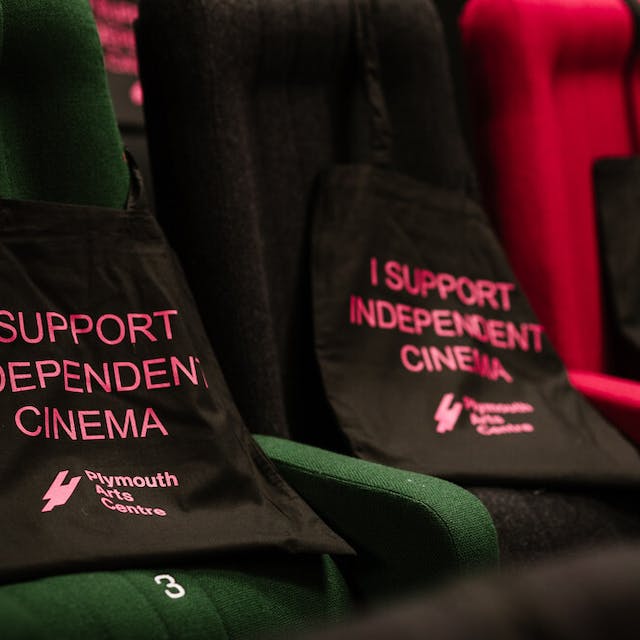 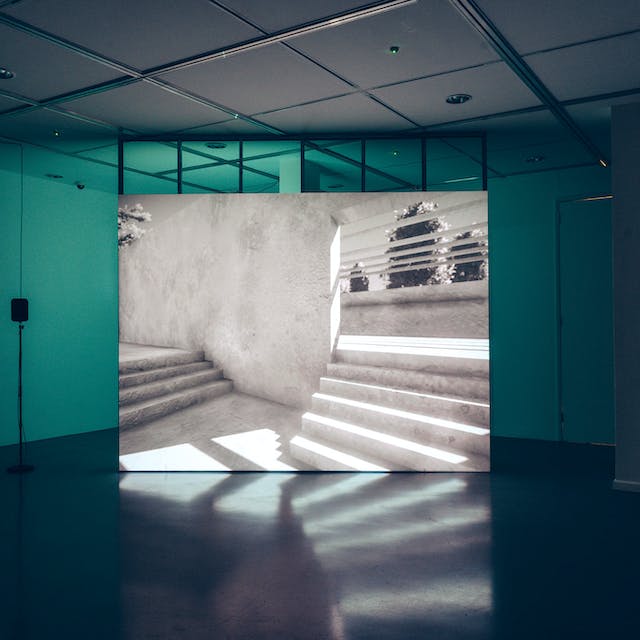 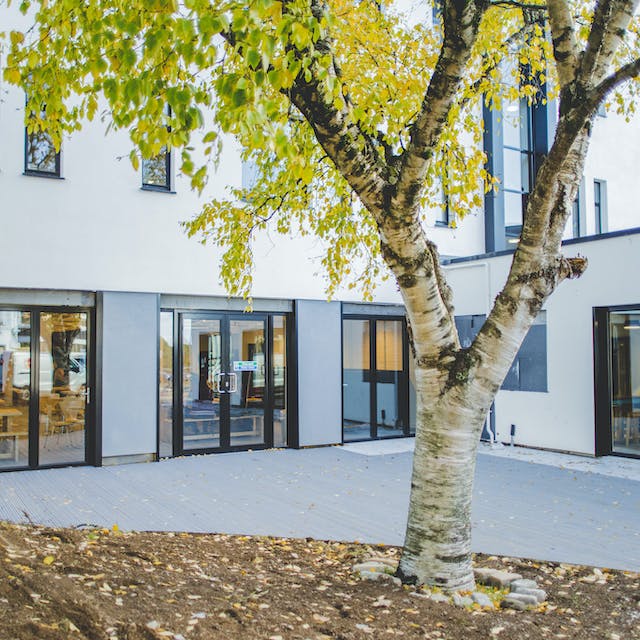 Plymouth Arts Cinema (formerly known as Plymouth Arts Centre), based at our Tavistock Place campus, is the city's only independent cinema. Moving from its original home of 40 years on Looe Street in early 2019, the cinema is open to the public and the 118 seat auditorium boasts a state-of-the-art sound system and cinema screen to showcase a hand-picked selection of arthouse, foreign language and modern classic films.

The on-site cinema is the perfect place to visit for an evening of culture, comedy or classic film. Take a glass of wine, beer or a hot drink from the café-bar into the cinema, relax into the comfy seats, and enjoy the film! Tickets can be booked here. 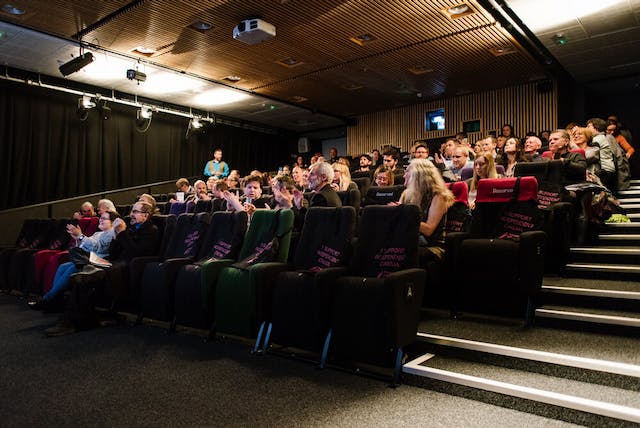 From foreign and arthouse films to more mainstream fare, Plymouth Arts Cinema programmer Anna Navas picks the best of what’s around, along with the occasional classic to enjoy on the big screen – look out for her recommendations in the cinema guide, available in campus reception and at select venues across the city.

Staff and students can treat themselves to a film for just £4, by showing their college ID card when purchasing their tickets at the Box Office, or by selecting the 'PCA staff/student' ticket option when booking online. 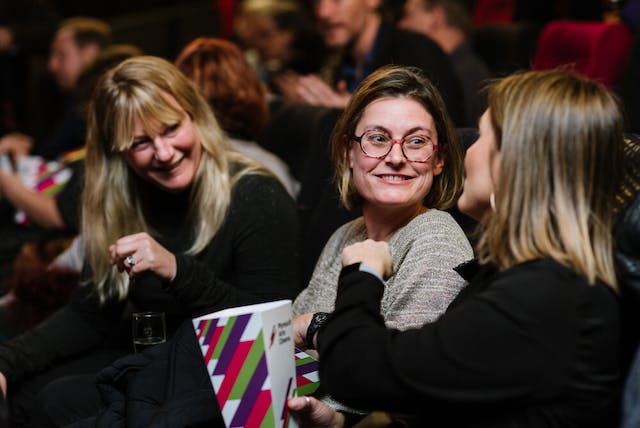 The cinema audience is broad and there are events and screenings for all. People of all ages can develop a passion for cinema here, including as an alternative venue for the annual Into Film schools film festival. We always encourage visits from schools and colleges. Plymouth Arts Cinema is also a founding venue of Reclaim The Frame, a national campaign for building a network of film fans supporting women in film, featuring regular screenings and exclusive Q&A sessions with award-winning filmmakers.

The cinema has adopted the F-Rating system in its programme to highlight a commitment to all aspects of inclusion, both in-front the screen and behind the camera. The F-Rating is a classification for any film which:

a. is directed by a woman

b. is written by a woman

c. features significant women on screen in their own right

Plymouth Arts Cinema is committed to developing and showcasing filmmaking skills. Rebel Film Festival (formerly Plymouth Film Festival) was established in 2013 by local filmmakers William Jenkins and Ben Hancock. Initially established as a local festival it has rapidly grown to include both national and international films alongside some of the very best filmmakers based in the South West of England. The popularity of the festival has surpassed all expectations, and the programme continues to extend to meet demand. 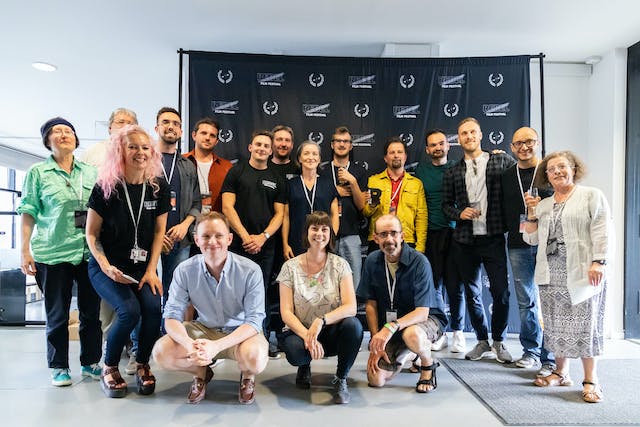 During the summer months the cinema goes on tour, taking great cinema all over the city with Open Air Cinema. In 2011, the first Open Air Cinema screenings at Royal William Yard took place as part of the Ocean City Festival, and since then has continued to grow into an extremely popular series of events, with more than 2,500 people watching films in unusual venues such as Tinside Lido, the industrial Factory Cooperage and the National Marine Aquarium.

The Plymouth Arts Cinema audience say they like that the cinema is independent, and love the quality and breadth of the films shown. The atmosphere is friendly and many people are just as happy to visit on their own as they are in a group – you’ll always find a fellow film-lover to chat to.

Stay up to date with screenings, events and behind the scenes info from Plymouth Arts Cinema at Plymouth College of Art on Facebook and Instagram.