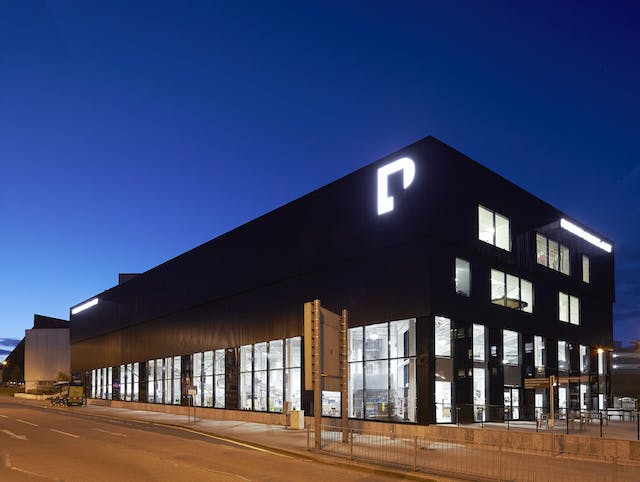 About Us
About Us

Over 160 years of creativity 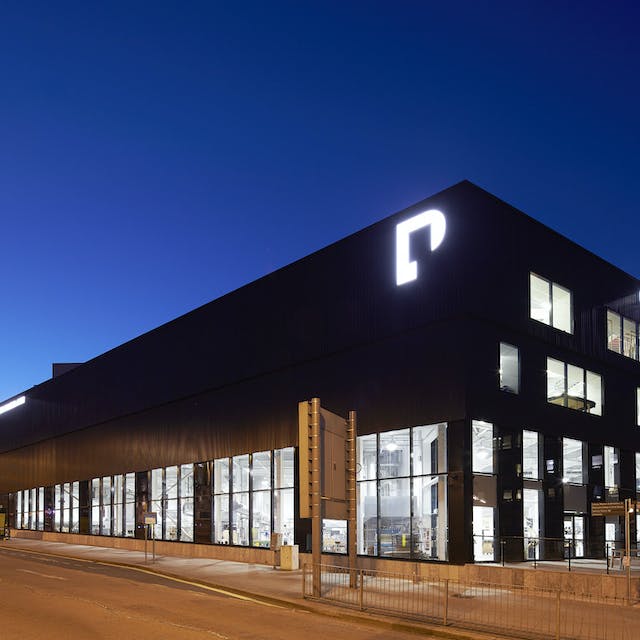 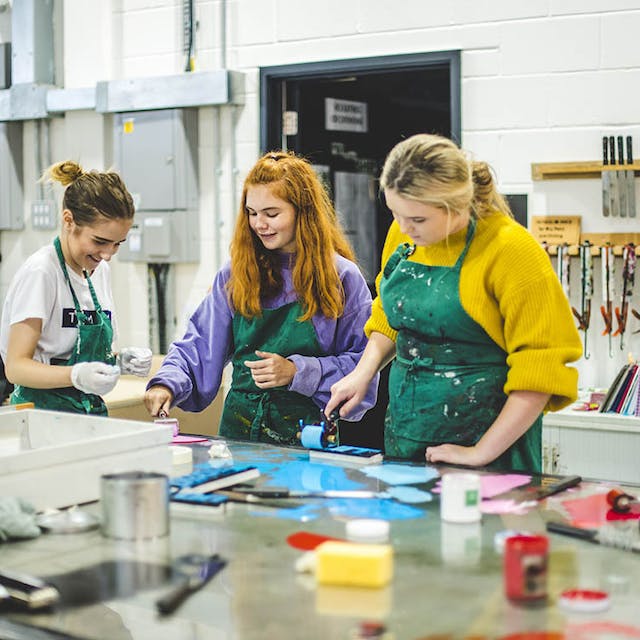 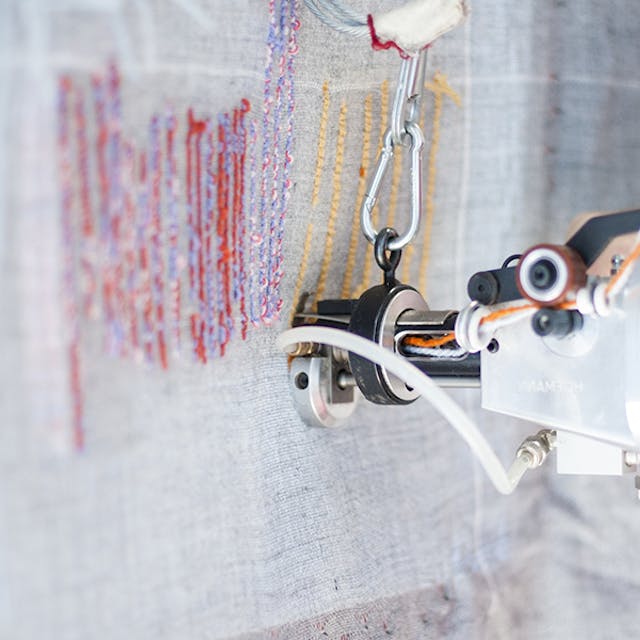 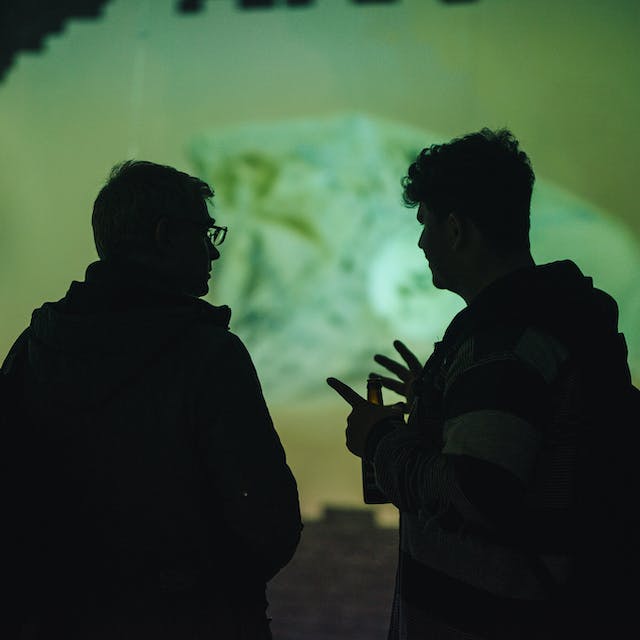 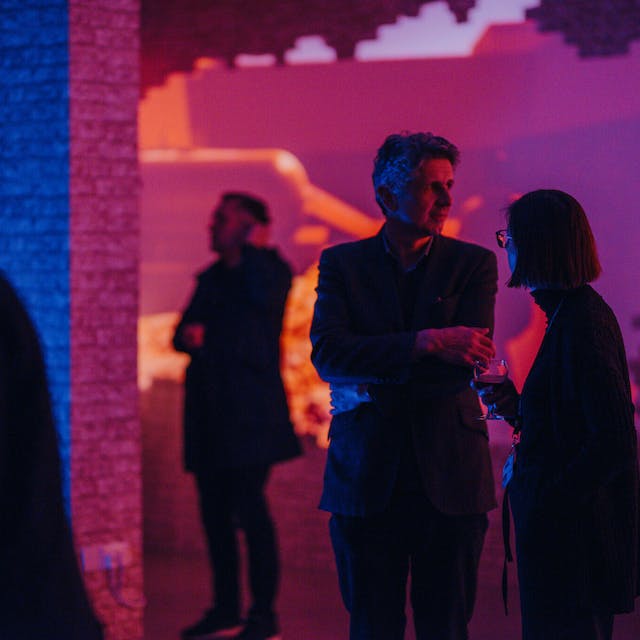 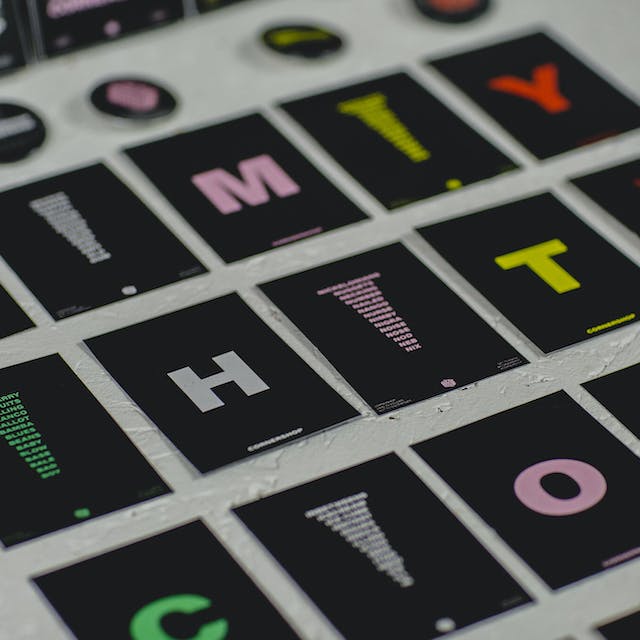 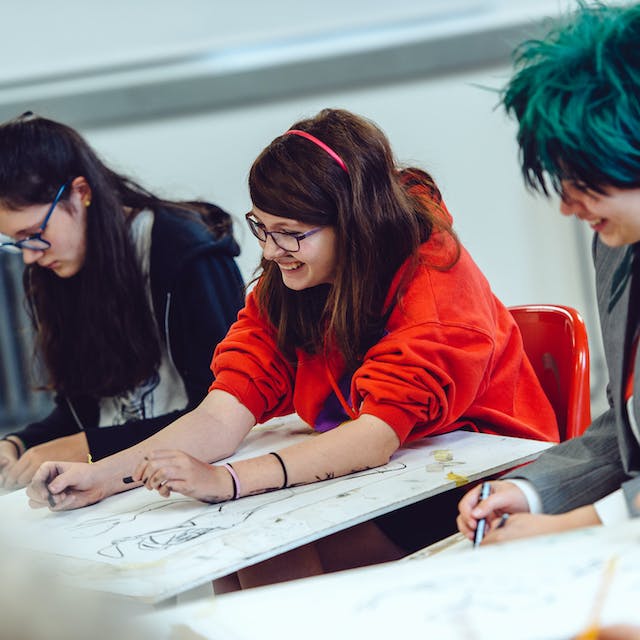 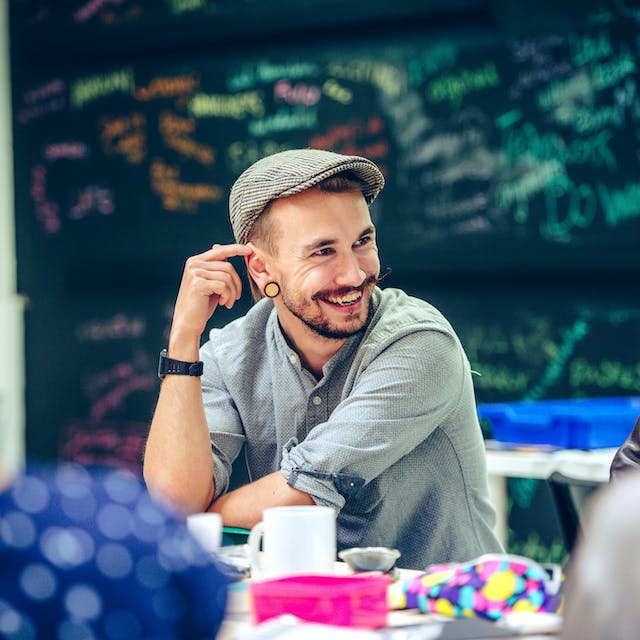 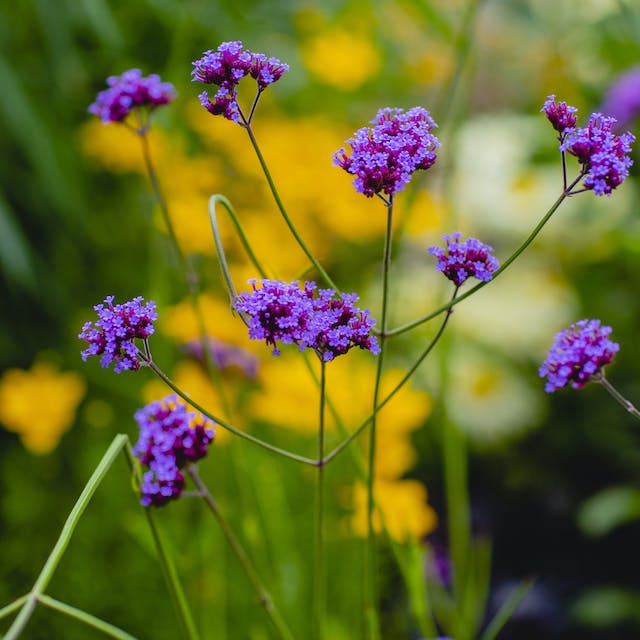 Plymouth College of Art was founded in 1856 as the first specialist school of art and design in the city.

Since that time, we’ve retained our independence, our identity and our ability to respond swiftly to emerging trends and artistic movements. We’ve occupied a number of sites in the city, under a number of different names, but the beliefs that hold us together haven’t changed.

Social justice – through community impact and social mobility, and creative learning – through pedagogical innovation, are at the heart of everything that we do.

We believe that high-quality education for life is the creative catalyst for personal, professional and cultural transformation.

We offer the richest, most diverse ecosystem of materials, technologies, processes, practices, and exchange of ideas at any art school in the UK. And that synergy gives us a certain kind of energy.

Our 13,000 square metres of studios and workshops across four buildings are filled with professional workspaces and state-of-the-art facilities. Home to our 2,000 strong community of student artists, designers and makers, our city-centre campus is a thriving creative hub of collaboration and innovation, thinking and making. A close-knit community where artists, designers and makers combine, it’s a place to explore and experiment with processes and materials, both contemporary and traditional.

Workshops within our LABS are open to students across specialisms. Fashion designers collaborate with filmmakers, fine artists with photographers, animators with ceramicists. The opportunities for cooperation and exchange are endless and open for discovery.

The college actively encourages you to use areas and communal space to curate and exhibit work collaboratively or individually and in various 2D, 3D, 4D and digital formats.

With over 13,000 square meters of studios and workshops and state of the art open-access resources, your creativity has no limits.

We are firm believers in an open-door policy, so students across all areas of the college can use equipment and facilities across campus. Workshop Wednesdays, our rolling programme of creative workshops, takes place on a non-curriculum day where no classes are scheduled, so the day is kept open for all students to explore skills outside their usual programme of study by choosing from a rich menu of workshops, led by our expert technical staff.

“There’s so much here that you can use and experiment with, just mess about with and try out.”
Alfie Phillips, BA (Hons) Illustration graduate

Our city-centre undergraduate campus, Tavistock Place, is a thriving creative hub of collaboration and innovation, thinking and making. A close-knit community where artists, designers and makers combine, and a place to explore and experiment with processes and materials, both contemporary and traditional. Here, we continue to invest heavily in new studios and workshops that redefine the relationship between media, fine art, digital technology and handcrafted traditions.

Tavistock Place is also home to our on-site international exhibition venue The Gallery, Plymouth Arts Cinema, and The Refectory.

Established in 1856, at Plymouth College of Art we are proud of our building's historic origins. The original Plymouth School of Art was opened on 21 January 1856. Over a period of time the School has had various locations, none of them more than a hundred yards or so from the present position (Cobourg Street, the erstwhile Park Street and Ebrington Street), until finally, in 1892, the Jubilee Memorial Science, Art and Technical School was opened in Tavistock Road.

This building was to become a victim of post-war redevelopment some 70 or so years later (many Plymouthians, even those who weren't students there, cherish fond memories of the grand Victorian structure). However, it had long since ceased to house the Plymouth College of Arts and Crafts, which by then had relocated to the former Palace Court School premises.

This was a temporary measure though, and in 1969, following the creation of Plymouth Polytechnic and the hiving off of the Architecture Department, approval was given to construct a new College of Art and Design on what had been Park Street, where the original Plymouth Drawing School had started more than 100 years earlier.

Designed by the then City Architect H J W Stirling, the new five-storey building was officially opened on 29 March 1974 at a cost of approximately £300,000. Less than thirty years later the building was extended and refurbished, and the cost this time, a reflection of the rate of inflation, was over £5,000,000. With an avowed aim to be the first port of call locally for anyone interested in Art and Design, the College was well set for the future.

We have continued to invest heavily in our facilities, staff and the Plymouth College of Art campus over the years and we are proud to have, in recent years, built a new contemporary art, craft and design wing, worth over £7.7M. The Charles Cross Building was officially opened by Sir John Sorrell on Thursday 13 November 2014.

The Postgraduate Centre is a dynamic, cross-disciplinary community of makers and thinkers, which welcomes recent graduates as well as established practitioners who are already active in their specialist fields.

Our Postgraduate Centre is located in Studio 44, a few minutes walk from Plymouth College of Art’s Tavistock Place site. It houses two flexible teaching, study and display spaces dedicated to the use of postgraduate students. Teaching on MA programmes takes place at the Postgraduate Centre and across the Plymouth College of Art campus, where MA students engage with our technical facilities and areas of expertise relevant to their practice.

At Plymouth College of Art, we embed postgraduate study within a practice-led research culture. The Postgraduate Centre hosts cross-disciplinary talks and student exhibitions which form an integral part of our commitment to experimental creative practice.

Palace Court is home to five hundred 16-19-year-old students studying arts, crafts, design and media. The creative Extended Diploma campus is just around the corner from the inspiring historical surroundings of the Barbican waterfront, Plymouth Arts Centre and only five minutes walk from our main-site, Tavistock Place.

Marking a return to Palace Court for the college (we first began using the site in 1949), the creation of our Pre-Degree campus fits alongside existing college and Plymouth School of Creative Arts facilities to support a progressive continuum of creative learning and practice in the region that lasts from the age of four up to Masters level study.

Our work at Plymouth College of Art has been based at various locations since the college's founding, 160 years ago, in 1856. We first occupied Palace Court in 1949, when Fine Art, Art History and Architecture were taught in studios designed to admit high levels of natural light. The college continued in the building until our Tavistock Place campus opened in 1973, bringing all activity together under one roof.

In medieval times Palace Court was a monastic foundation, later becoming home to John Paynter, a noted Plymothian, and Mayor of Plymouth in 1487. As future Queen of England and first wife of Henry VIII, Catherine of Aragon stayed there in 1501 after disembarking from Spain.

The original medieval court was demolished at the end of the nineteenth century to clear the way for construction of the Palace Court school, and our grounds still feature a private garden complete with a beautiful protected white mulberry tree, and a historic Grade II listed section of medieval wall and archway — the only surviving remnant of the original monastic foundation.

Palace Court was officially opened by Katie Greenyer, Creative Director for Red or Dead, on Wednesday 2 November 2016 alongside our annual Design to Sell event encouraging enterprise and entrepreneurship in students studying on our Extended Diploma courses. The building has since been shortlisted for the Building of the Year Award 2016 by The Building Forum for Devon and Cornwall.

“Palace Studios is unique – a place dedicated to Foundation, which is all about discovery and exploring the sheer variety of subjects on offer in this growing industry. Foundation-level creative study is the perfect way for young students to make informed choices about future study and careers, and whichever path they choose, this experience will make their work all the richer for it.”
Lady Frances Sorrel

Our dedicated space for Foundation Diploma in Art & Design students, Palace Studios, is situated on Buckwell Street in the heart of Plymouth’s city centre. Adjacent to the newly opened Bretonside multiplex and cinema redevelopment The Barcode and on the same street as Palace Court Pre Degree Campus, Palace Studios is just a few minutes walk from the sea.

Palace Studios includes two large specialist studios, comprising spaces over 160m2, designed to meet the needs of modern art, design and media students plus high windows for natural light, all housed only 250 metres away from the sea and five minutes walk from Plymouth College of Art’s HE campus at Tavistock Place.

Palace Studios adds to the regeneration of the area between Drake Circus and the Barbican, which we contributed to in 2016 with the opening of Palace Court on Buckwell Street, the college’s dedicated Pre-Degree campus for over 600 16 to 19-year-olds studying creative Extended Diplomas. Since 2010 Plymouth College of Art and Plymouth School of Creative Arts have invested more than £25m in the city of Plymouth, and created circa 200 new jobs.

The Foundation Diploma in Art & Design being taught in Palace Studios is a qualification unique to the creative industries, designed to offer ambitious students the opportunity to spend a year immersing themselves in discovery, experimentation and exploration of different artistic disciplines that are unavailable in conventional education settings.

Through practical workshops and seminars, students are introduced to a range of media, materials, processes, resources and equipment, nurturing creativity and confidence, within a creatively diverse environment that is a progressive gateway to the wider world of art and design, in Europe and beyond.