Students from the photography degree programme have won several awards in recent months.

"These accolades are recognition of the talent we have here at Plymouth College of Art and a testament to the strength of the course" says Rita Heard, Programme Leader on the BA (Hons) Photography course. "We're very proud of all our students' achievements."

Matthew's winning entry for the Telegraph Travel's 'Big Picture' competition was an image taken on Westminster Bridge just before the Olympics. The work formed part of a Summer project. "I had to portray what I thought it meant to be British in 2012. On a personal level I see us as being an eccentric bunch and I think this was highlighted in the opening ceremony of the Olympics with Danny Boyle's work."

Matthew, age 40, who lives in Plymouth with his family says "I was lucky enough to live in a City which has a dedicated college of art and furthermore runs a BA Photography degree."

Joanne Cookney, a student on Foundation Photography, was among the winners of the 2012 International Photography Awards (IPA)

This specialized and highly visible competition has been used to acknowledge contemporary photographer's accomplishments since 2003. Nearly 18,000 submissions were received from 104 countries across the globe. Joanne's winning entry entitled "Home Tree" was awarded the Honorable Mention in Nature, in the Trees category.

Foundation Photography student, Sarah Packer was a semi-finalist for the 2012 Signature Art Prize award by DegreeArt.com.

Sarah Packer's black and white piece titled 'Beggar Woman, Rome' depicts a woman asking for money in a side street of Rome which Sarah witnessed during her travels. The decision to study locally at Plymouth College of Art was encouraged by Sarah's family and she believes it was a "great decision".

"I was amazed at the facilities available; the large darkrooms, print finishing and negative scanning rooms and the Equipment Resource Centre, which is a treasure trove of photographic equipment. I have learnt so much in the past year that I can apply to all aspects of my work and I can't wait for the 2nd year to refine these skills."

The winning piece 'In Training' was taken to portray the hard work Olympians put into their sports. Moments of concentration, tiredness and pain. Hannah explains "I wanted to portray what the athletes had to go through to compete that summer. I took the images in various local locations such as rugby and football pitches close to my home."

"Once I have finished this year I aim to go out and get some vital work experience before starting my own freelance business in marine and landscape photography within the South West."

Andrew Ford, 32, who is currently studying Foundation Photography at Plymouth College of Art, was runner-up for 'Student Photographer of the Year' in the prestigious Guardian Student Media Awards 2012.

Five photographers from around the country were shortlisted for the award and the prize was two weeks work experience at the Guardian with the winning work published in the paper. Andy was pleased to be considered for the award, commenting on the level of competition "The quality of the other shortlisted photographers was really high so it's a massive compliment to be recognised among them."

Following the announcement of the winners of the award, Andy was selected as runner-up and had the opportunity to undertake one week of work experience with the Guardian. Andy has found his time at Plymouth College of Art to be a great support in his progress as a photographer. "It is the enthusiasm and encouragement from staff for your photography both within and outside the college. The positive energy helps motivate and builds your confidence to challenge yourself." 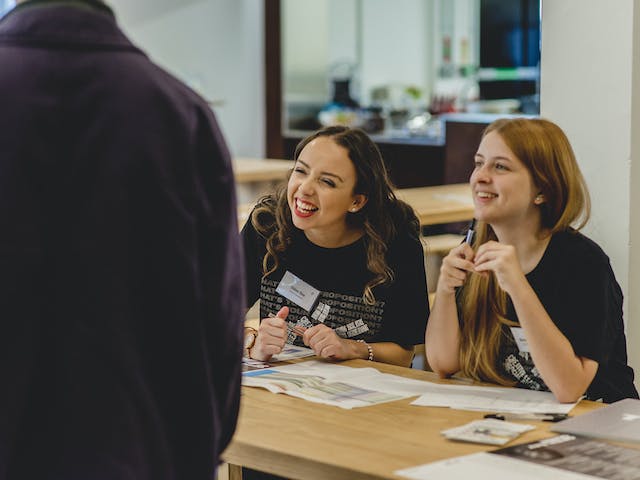 Be first to book!

Register now to be notified when our campus has reopened for in-person tours of the college facilities.