MA Illustration student and BA (Hons) Illustration 2020 graduate Sean Morgan has created dynamic new designs for the 15th Iris Prize. Having nurtured a strong relationship with Plymouth College of Art through the Iris on the Move, the Iris outreach programme, students were asked to submit ideas for a dynamic new design to feature across all its media platforms.

I think I’ve created something really special to me and hopefully others, something that really celebrates the LGBTQIA community in a wonderful way
Sean Morgan, BA (Hons) Illustration graduate and MA Illustration student

Queer artist Sean Morgan’s illustrations were chosen and will create a vibrantly colourful and humorous look to reflect the diversity of the festival’s ever expanding global audience.

Caerphilly-born Sean graduated from Plymouth College of Art in 2020 with a First Class Honours in BA (Hons) Illustration and now currently living in Plymouth, Sean plans to return to the college this autumn to study MA Illustration. An artist who enjoys exploring the everyday through texture, shape and humour, Sean’s craft “revolves around humour and celebration of the everyday, all within simple shapes and crunchy texture.”

“I am incredibly proud about being commissioned by Iris Prize. The team have been a pleasure to work alongside and I think I’ve created something really special to me and hopefully others, something that really celebrates the LGBTQIA community in a wonderful way. The Iris Prize is the perfect way to do this, a brilliant festival celebrating the beauty and diversity of our community.” 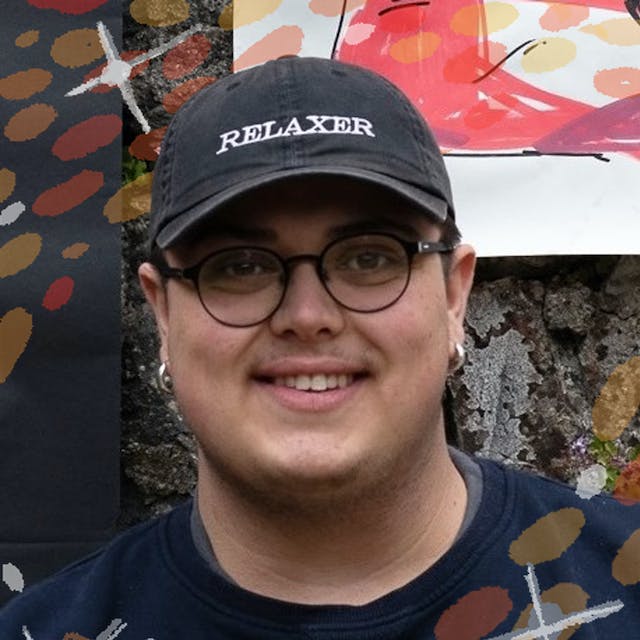 Sean’s design work has already received recognition, having been selected for the Nationwide Degree Show 2020 and his toxic masculinity booklet featured in the New Designers exhibition, with other achievements including co-creating a new magazine for Plymouth students. Sean’s designs will now be seen across all marketing and social media for Iris Prize from August 2021. You can find more of Sean’s work on his website.

Sean has given us something which is both intimate and epic
Berwyn Rowlands, Festival Director

Berwyn Rowlands, Festival Director, said of the commission: “We are delighted with Sean’s designs and can’t wait to introduce audiences to his work. We needed something that would stand out on a small badge or mug, next to something that would fill a giant cinema screen. Sean has given us something which is both intimate and epic.”

Iris Prize is committed to becoming a world leader in sharing LGBT+ films to as wide an audience as possible by encouraging diversity and understanding, and supporting future film making.