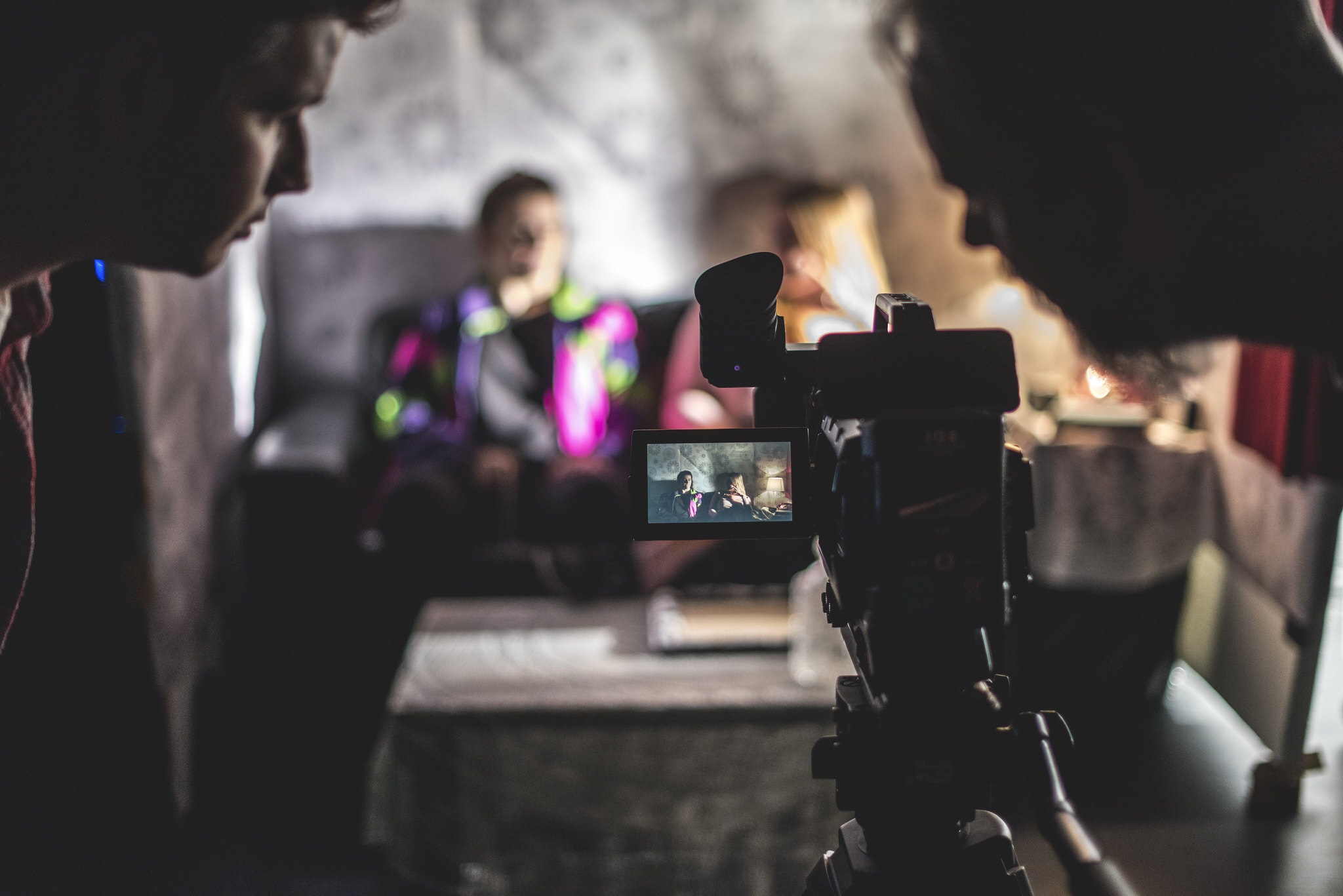 Our students make full use of our industry-standard dedicated studio spaces – including our infinity cove, green screen, and specialist sound studio (with Foley pit and vocal recording booth) – plus our stop-motion suite, our darkrooms, and plenty of individual edit suites, all up-to-date with the latest industry-standard software.

Our film and photographic equipment and resources are among the best in the UK and students from all programmes are encouraged to access a wide range of camera and lighting equipment, photographic studios, both digital and traditional darkrooms and high-specification digital imaging and printing facilities.

Darkroom 1 — There is nothing quite like the magic of seeing your first print appear in the tray. If you have always wanted to learn how to make a black and white print in a darkroom then this is the room for you. We show you the basic steps to get you started, what you will need, preparing the chemicals, choosing your negative, focusing your image, setting the aperture, making a test print and making the final print. Our enlargers can be used for 35mm to 5x4 negatives with a maximum print size of 20”x24”. Darkroom 1 contains 12 x 504 enlargers and two cascade wash sinks with the capacity for two sets of chemicals to be used simultaneously.

Darkroom 2 — A dedicated developing room for Alternative Processes and Traditional Photographic Processes, offering image-makers with a desire to cross the creative divide between conventional photography and that of the artist printmaker, an abundance of options. Here students create unique works of art and photography, exploring chemical processes to develop analogue imagery and further their hand-drawn works, paintings and prints. This room contains 4 x Enlargers and can be used for 35mm up to 5x4 negatives with a maximum print size of 20”x24” with 2 x Wash Sinks (one contains 2 x Archival Print Washers), and an Ultraviolet Light Box.

Photography and Costume students collaborate in the Cove Studio

Media Studio — Suitable for all forms of media production, our Media Studio is an open black space making it ideal for moving image as well as studio photography. Equipped with 1 x PC with gaming software and 1 x Apple Mac Pro Xeon computer containing Adobe Creative Suite and Capture One Software, both computers are connected to twin Eizo ColorEdge 27" monitors for tethering. The studio is also fitted with a VR Vive System which can be used for virtual imaging and motion capture, especially popular with our Animation and Game Arts students.

Film Studio — Our multi-functional Film Studio is open to all students and is equipped with a green screen infinity cove, a range of coloramas, and DMX continuous lighting making it ideal for moving image. This studio is often used with our Mobile TV Studio for live streaming.

Sound Studio — Our Sound Studio is ideally suited for recording Foley, and predominantly used for sound for film, but is open to students across all courses. The recording area contains a 16 channel patchbay, a 6-channel headphone mixer amp, a monitor linked to the computer in the control room, a foley cupboard with access to a diverse range of items to create different sounds, and baffle boards to dampen sound. The control room contains 2 Rokit speakers, an Allen & Heath digital mixing desk, a computer with two monitors running Logic X and Pro tools and a collection of guitars, acoustic and electric.