Wednesday, 23 October, 2019 — Students have begun working with internationally-acclaimed light artist Xavi Bové, as they prepare original work to go on display as part of Illuminate 2019.

Students from across our School of Arts + Media have begun working with Xavi Bové, headline international artist for Illuminate 2019, as they prepare original work to go on display as part of the festival.

Stephanie Owens, Head of School, Arts + Media, at Plymouth College of Art, said: “This year's Illuminate Festival will see students across the curriculum working on projects that explore the potential of the moving image in the public sphere. Illuminate is a wonderful opportunity for students in more digitally native courses, as well as those with more diverse material practices, to collaborate on ideas that align with both the historically significant site of Royal William Yard and the importance of the anniversary of the Mayflower voyage. The festival allows our students to think more broadly and conceptually about the cultural impact of their work, regardless of their chosen medium or technical expertise.” 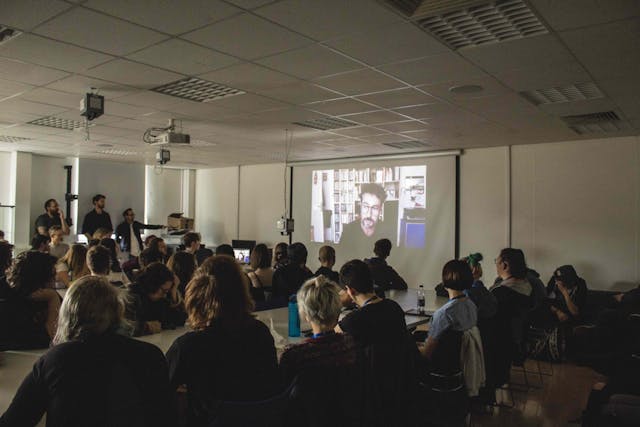 Each year our students attend a range of international events to broaden their international horizons, network with industry professionals and develop new cutting-edge skills. From 2015 to 2018, as part of the Euranim project, designed to boost the skills of early-career animators with video-mapping skills, BA (Hons) Animation and BA (Hons) Game Arts students attended Fete de l’Anim, France, in 2017 and 2018, participating in intensive 2D and 3D animation and immersive video-mapping workshops.

Outcomes from the Euranim project included significant support to the transformation of Plymouth’s Illuminate festival, which in 2016 comprised a light parade through the city and in 2017 developed as part of Euranim into an international light festival at Plymouth’s historic Royal William Yard. Another Euranim outcome was the founding of the international Video Mapping Festival in Lille, France, in 2018.

It was at the Video Mapping Festival that staff and students from Plymouth College of Art first met renowned Spanish visual composer and artistic director, Xavi Bové and where Plymouth College of Art Strategic Funding Manager, Oli Raud, who was chairing a panel on projection mapping opportunities in Higher Education, invited the artist to contribute to Illuminate Festival, in Plymouth. 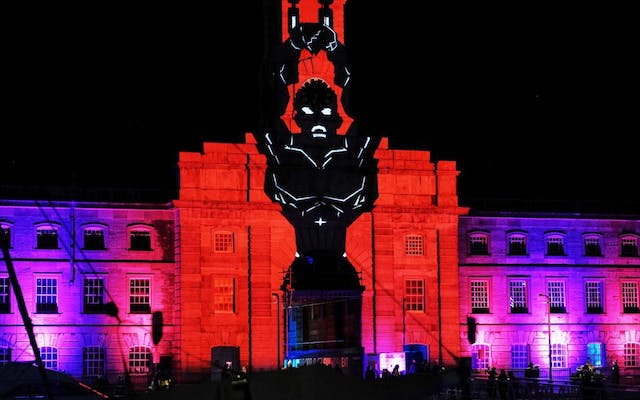 Subsequently selected as one of the lead artists for Illuminate 2018, Xavi brought to Plymouth a piece titled Visual Songs, an interactive installation offering each Illuminate 2018 visitor a personalised interactive and immersive projection mapping experience.

Xavi has been selected as the headline international artist for Illuminate 2019, where he will bring a new version of his piece, Arbre de la Memoria (Tree of Memory), which he calls a “social call for peace and freedom, in memory of war bombing victims”, inspired by the 80th anniversary of the bombings of Barcelona. 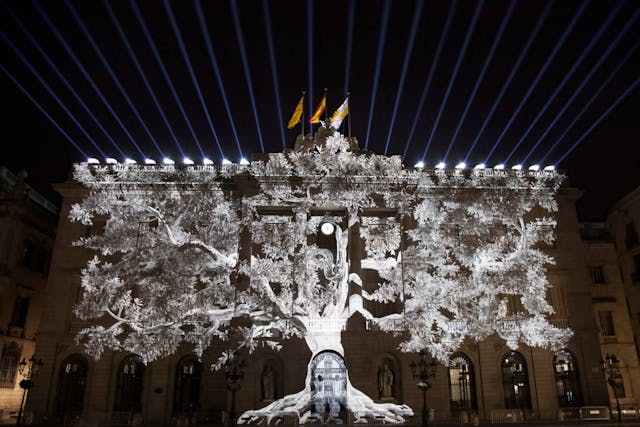 In the piece, a huge tree will be projection-mapped onto the façade of Royal William Yard’s impressive Mill’s Bakery, made up of small, short and interrupted strokes of light that recall the intermittent bombing Mussolini ordered on Barcelona in 1938 as part of the Spanish Civil War.

Xavi said: “Every stroke is synaesthesiastically related, in the same perceptive act, to a subtle, individual voice, yet together they end up creating a global choir, a call for peace and freedom.”

BA (Hons) Animation, BA (Hons) Game Arts, BA (Hons) Fine Arts, BA (Hons) Costume and BA (Hons) Digital Media Production students were introduced to Xavi Bové in a digital guest lecture, where the Spanish artist spoke about his work, motivations and production methods, giving students the option to respond to Tree of Memory in the work that they create for Illuminate 2019.

Work from the students will form one of the central pieces of this year’s light festival, and will be projected and projection-mapped onto the walls Mill’s Bakery alongside Xavi’s central piece. 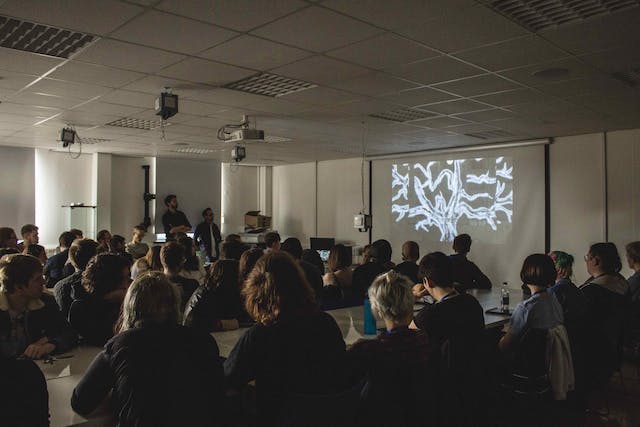 Third-year BA (Hons) Game Arts student Sam Elliott, from Exeter, said: “I was really impressed by the way that Xavi takes inspiration from historical instances of war and destruction, and turns them into something positive. By situating Tree of Memory in a city that was directly affected by bombing, Xavi created an uplifting message about the growth of new life and what can come next. His work has inspired us to create a piece for Illuminate 2019 that looks at the history of the earth and asks the question of what might happen if we continue on our current path and could new life be reborn if the cycle continues?”

Third-year BA (Hons) Game Arts student Elaine Pope, who was born in France, said: “I’ve tried to be adventurous during my degree and embrace the opportunities that have been offered to me. I came to Plymouth College of Art focused on 2D artwork but thanks to projects like Illuminate I can imagine future career paths that take my strengths and apply them to a lot of different media production pathways outside of the games industry.

“Illuminate has given us an incredible opportunity as students to work with external clients and to tight deadlines, and being able to complete the work in teams within the College relieves a lot of the pressure. This is the third year of my degree so by now the College feels like home, which really helps to take away external distractions and allows me to do my best work.” 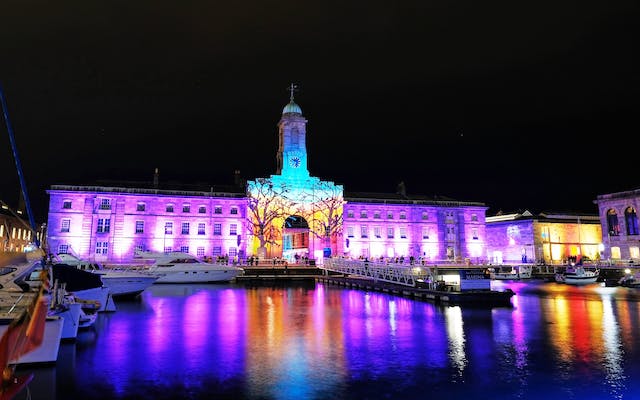 Third-year BA (Hons) Game Arts student Megan-Louise Cook, who travelled from Leeds to attend Plymouth College of Art, said: “Last year, when I first worked on Illuminate, I felt like there was a steep learning curve to get the most out of the new software and technology that we were learning to use. I’ve had a year since then to develop my technical skills with the software, which means that for Illuminate 2019 I can concentrate on creating something more ambitious. Tree of Memory is such an impressive project, with a realistic visual style and a strong message at its heart that has a lot of impact on the audience. I can’t wait until we can share our response, thinking about the current climate around the world and how we can move towards something more positive in the future.”

Illuminate 2019 is part of the iMayflower project and has been supported by The Department for Digital, Culture, Media and Sport, who fund the Cultural Development Fund, which is administered by Arts Council England. iMayflower is delivered in partnership with Creative England, Crowdfunder, Destination Plymouth, Plymouth City Council, Plymouth College of Art, Real Ideas and University of Plymouth.