Tuesday, 2 October, 2012 — 'Rotten' an undergraduate student film was screened at the Apollo Cinema in Leicester Square, London at part of this year's Raindance Film Festival.

On Monday 1st October, Plymouth College of Art undergraduate student film ‘Rotten’ was screened as part of this year’s Raindance Film Festival, at the Apollo Cinema in Leicester Square, London.

The film was written, directed and shot by BA (Hons) Film students Robert Cooper and Rob Carter as their final year undergraduate film. The intention for the project was to revisit the popular zombie genre but create something new and unique. The concept of the film is a ‘mockumentary’ set in present day England examining how individuals integrate zombies into society. It follows a crew of film students that look at different sides of the argument regarding how zombies are treated and questions whether or not the undead should be accepted as equals to humans.

The prize for Best Comedy was inclusion in the Shorts programme at this year’s Raindance Film Festival, the largest independent film festival in Europe which attracts some of the best indie filmmakers in the world. 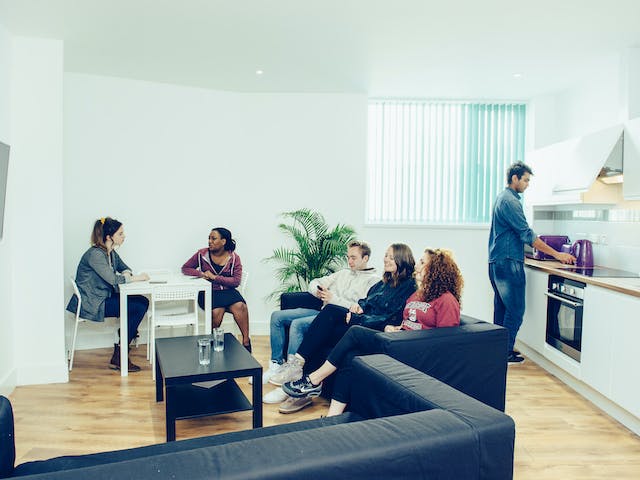 Safe, secure and affordable, our student halls and housing are ready to welcome you home.