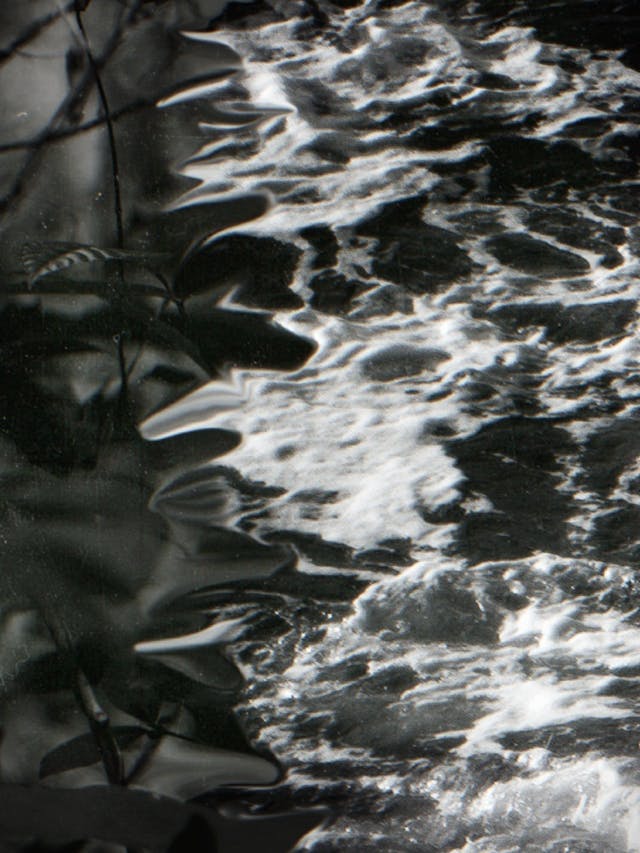 Friday, 5 March, 2021 — We catch up with BA (Hons) Photography graduate Rose Mary about her work with the Dalit community in India, studying at Plymouth College of Art and the experiences that have shaped her practice.

BA (Hons) Photography 2020 graduate Rose Mary graduated with a first class honours, a nomination for the prestigious South West Graduate Photography Prize and with the Students’ Union 'Social Justice' Award for her work with the Dalit community in India.

A story of resilience, Rose was creating work in India during the first UK lockdown when international borders closed and she was unable to return to the UK. Rose took this opportunity to develop her photographic practice even further, overcoming challenges and building her skills. We caught up with her to find out more. 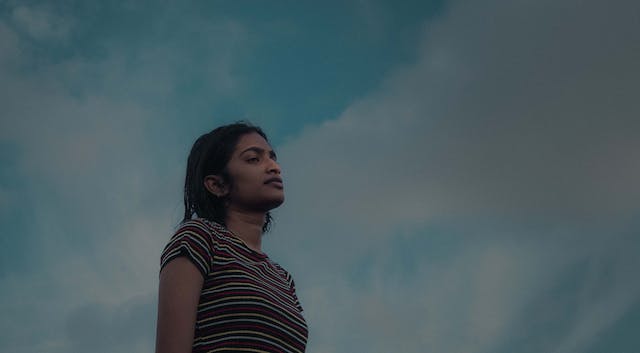 Hi Rose, can you tell us about the start of your journey into photography?

My cousin had a point and shoot digital camera when I was 10 years old. I don't remember complaining about not owning a camera, but I did wish I had one. One day my dad came back from the town with a Yashica point and shoot film camera. That is when it all started. Photography has always been my first choice, so I didn't have to think twice before choosing to study the subject.

You were nominated for the South West Graduate Photography Prize (SWGPP) for your work with the Dalit community in India. Can you tell us a bit more about the project and how it developed?

I began working on this project during the summer of 2019. Learning about the caste system in India was a wake-up call for me. Growing up, I was taught that these caste oppressions and brutalities are accepted in India. I never took the effort to unlearn this, but when I did it would have been a crime to remain silent. That's when this project began.

The first part, titled ''Voices'', revisits the life of Mr Neelakandan during his 20s, giving us an insight into the Dalit reality sixty years ago. Neelakandan shares his experiences of trying to fight against inequality. The second part of this project showcases the unconventional approach of a temple towards the oppressed communities. Irrespective of caste, creed or religion, everyone is welcomed there, which was once (and still, in rural areas) restricted in the name of Untouchability (a practice of imposing social limitations on particular castes). In a society where discrimination and violence against the marginalised are viewed as normal, Parasinikadavu Temple goes against the ''traditions'' and the ''culture'', as a thriving testimony of secular harmony, which I consider as a form of redemption of hope and belief. This project is ongoing because there are millions of stories and experiences that go unheard. 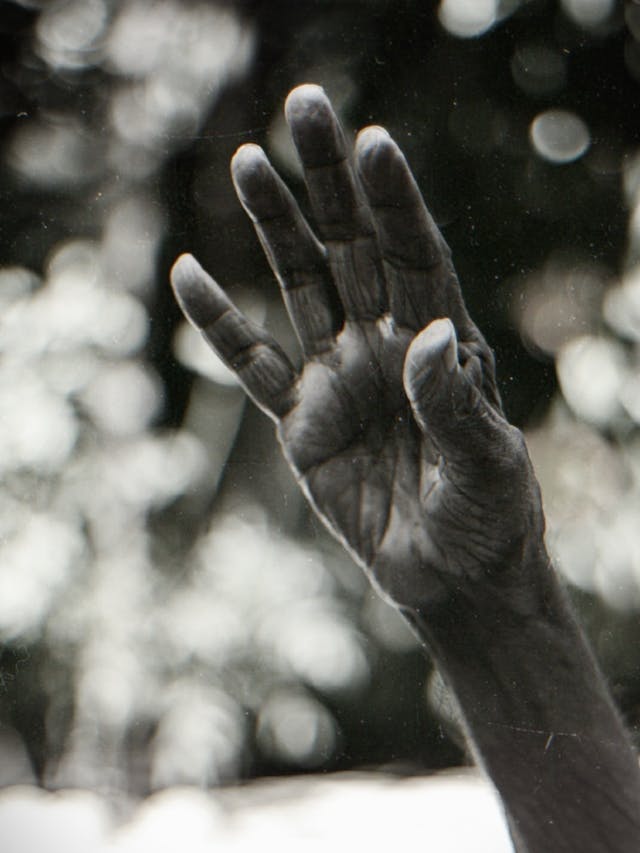 From the 'Voices' series by Rose Mary

To be giving a voice to these communities through your photography is incredibly powerful and that’s clear to see in the resulting images. How did it feel having your work recognised by SWGPP?

I was planning to travel to India after I graduated and take part in the Kochi Biennale that was scheduled to happen in December 2020. With the biennale postponed as well as the final year show, it was an immense disappointment that we missed out on some of the opportunities to kickstart our career. It was during this time I found out about the South West Graduate Photography Prize selection, this encouraged me to apply for various grants and competitions and seek out new opportunities. The SWGPP is publishing a photo book of the selected artist's works instead of curating an exhibition this year due to the pandemic. It is a great honour to have my work recognised by a great organisation that supports aspiring artists in the region.

There are millions of stories and experiences that go unheard.
Rose Mary

You were in India during the COVID-19 global lockdown. What challenges did you face in your work because of this?

I travelled to India as part of my final year project. Everything went unplanned, and the next thing I knew I was having to stay in India for at least 3 months. It was difficult as everyone had to stay inside and you were not allowed to interact with anyone. I had internet connectivity issues to start with, which interrupted my participation in online classes. So I focused on working on my project, which I had to change from the original topic due to the restrictions. 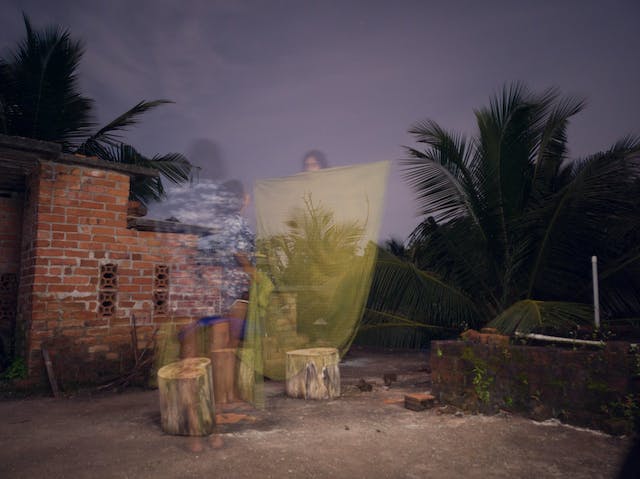 Under the moonlight by Rose Mary

I began to work on socially and politically relevant topics, but the main challenge I faced was the fear of going to jail! India is a big country. It is divided into several states and each state is ruled by the state governments, with India as a whole ruled by a central government. India is ruled by the Bharatiya Janata Party (BJP), with policies supporting extreme Hinduism, where hatred towards other religions is supported, and they have the power to rule over the state governments. Any voices raised against the BJP government will be silenced. This was the main challenge I faced. I didn't have the freedom to express my opinion in a democratic country! I researched and began working on a number of socially relevant topics, but the fear of living under a government that suppresses its citizens for speaking out clipped my creativity to the maximum. When the lockdown restrictions were eased, I went back to working on my initial topic, with few compromises made in the making. However, I still managed to talk about casteism, but I had no choice to highlight how it's affected in the present. 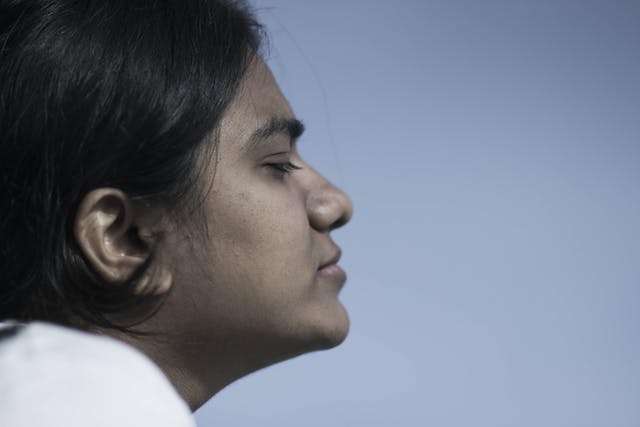 You've collaborated with several photographers based in Northern Kerala and completed an internship in Kannur last year. How valuable were they in developing your creative practice?

I was lucky to have collaborated with several photographers in Kerala. Especially the northern part of Kerala, where the culture is different from the southern part where I was born. I got to explore and learn a lot of new traditions, food and culture. It was a great experience and it fueled my growth as a professional. By learning skills from these experienced photographers, I began working on designing wedding photo books and retouching professionally.

Looking back on your time at Plymouth College of Art, how have your studies and experiences shaped your work?

From being an unconfident student, my time at Plymouth College of Art has moulded me into a bold and powerful artist and human! Presenting in front of the class for three years improved my fear of public speaking. The tutors were always supportive and encouraged me to experiment and to think outside of the box.

My time at Plymouth College of Art has moulded me into a bold and powerful artist and human!
Rose Mary

What is your favourite camera/equipment to work with?

I switched to analogue cameras during the first year of my studies and began experimenting with a variety of medium format cameras that were available at the colleges’ Equipment Resource Centre. After a few months, I bought a Yashica LM medium format camera. Since then, I’ve preferred working with analogue cameras. There is something special about shooting on analogue. It may be the anticipation that makes it special.

What helped you make your decision to study here rather than elsewhere?

I have been living in Plymouth for the past 5 years. I have never felt this connection to any other place I have been to or lived in. It may be because I am very fond of the ocean. Why would I find a place anywhere else to study, when I have the option to study in one of the best art institutions in the UK, and also in the city I love! 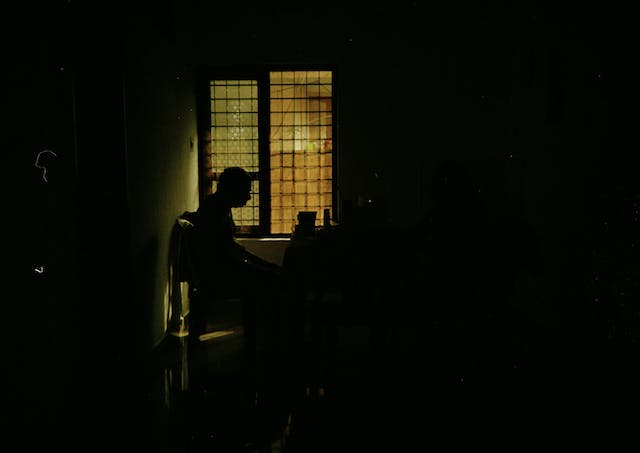 Identify, from the series Enroute Redemption by Rose Mary

What was one of your highlights from studying at PCA?

One of my highlight moments at PCA was meeting Hoa Nguyen Thi as part of the Erasmus programme. She was a second-year student at the Royal Academy of Art in Hague. She inspired me to explore and learn more about photography. Hoa taught me how important it is to embrace identity and culture, especially for a creative individual, to create vast works that narrate your story through photography.

Any upcoming projects or work?

I am still working on my project on casteism. I have been arranging interviews and collecting resources to help my research process. It has been really hard to reach out and convince people to take part as it is a very under-discussed topic, and anything to do with it is considered unnecessary.

What would be your advice for young people considering a creative degree right now?

Now more than ever is the time that art is needed for the world. During the pandemic it has been very difficult for art students who are missing out on the experience to be on campus, exploring and experimenting in the workshops. I sorely missed being on campus and being part of a like-minded community in my last months of study.

Become a Photography student in 2021

Hone your critical practice by exploring the artistic and analytical skills necessary to become a professional image-maker.

Get to know the city of Plymouth

Explore Plymouth's rich heritage and breathtaking scenery and find out why The New York Times included Plymouth in its top cities to visit in 2020.