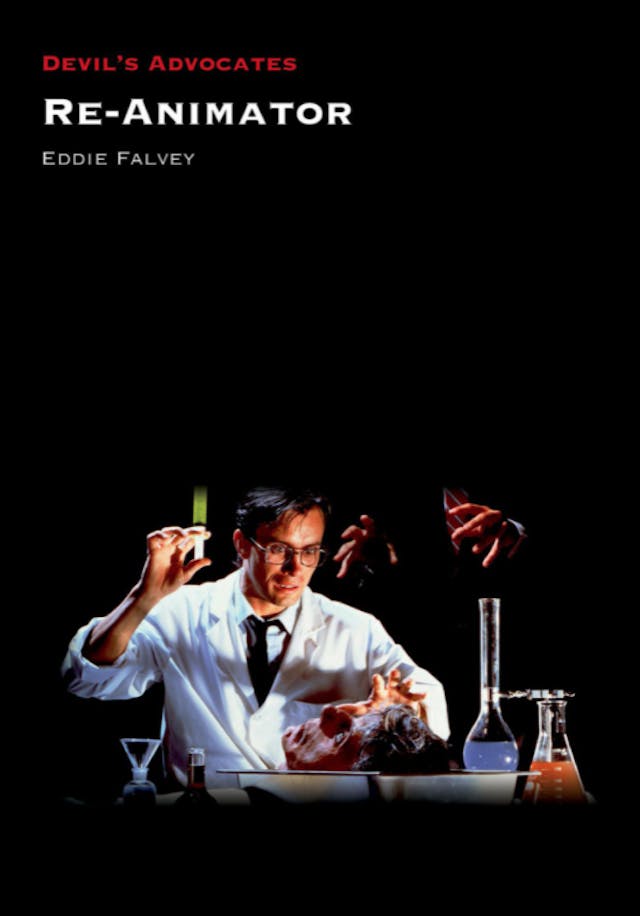 Dr Eddie Falvey, a Lecturer in the School of Arts + Media at Plymouth College of Art, has just released his new book, a critical study of the beloved cult horror film Re-Animator, directed by Stuart Gordon and released in 1985 during a boom in North American horror filmmaking.

Published by Liverpool University Press as part of the acclaimed Devil’s Advocates series, Re-Animator by Dr Eddie Falvey is the first book-length study of the celebrated cult horror film, loosely based on the 1922 H.P. Lovecraft short story ‘Herbert West - Reanimator’. A hit in its time and a cult classic today, Re-Animator led to two direct sequels and various other forms of adaptation, including a musical adaptation and multiple comic-book series. In his book, Dr Falvey explores the film’s many legacies, including how the success of Re-Animator contributed to a renewed interest in Lovecraft adaptations that continues to this day despite the troublesome nature of the source material, which can be seen in HBO’s Lovecraft Country (2020), recent films including Color Out of Space (2019), starring Nicolas Cage, and various graphic novels from UK publisher SelfMadeHero and beyond.

Dr Falvey, a cross-college lecturer who regularly teaches on BA (Hons) Animation & Games with specialist interests in film, animation and game arts with a special emphasis on spectatorship, has published widely on film and associated media, and is co-editor of the recent collection New Blood: Critical Approaches to Contemporary Horror (co-edited with Joe Hickinbottom and Jonathan Wroot, University of Wales Press, 2020). Taking a break from horror, Dr Falvey’s next book projects include The Archive and the City: Visualising New York on Early Film (University of Amsterdam Press, forthcoming), The Cinema of Yorgos Lanthimos: Films, Form, Philosophy (Bloomsbury, forthcoming), and ReFocus: The Films of Nicolas Winding Refn (co-edited with Thomas Joseph Watson and Kate Moffat, Edinburgh University Press, forthcoming).

Dr Falvey said: “It’s always irked me somewhat that film studies have historically shown a tendency to privilege the analysis of ‘classic’ works over examples of popular cinema, especially when it falls in culturally ‘low’ genres that include horror. The turn towards horror studies, sometimes channelled through the lens of cult studies, brought with it a renewed focus on the cultural value of paying close attention to transgressive and outwardly throwaway texts, which can themselves reveal much about contemporary social mores and industrial strategies." 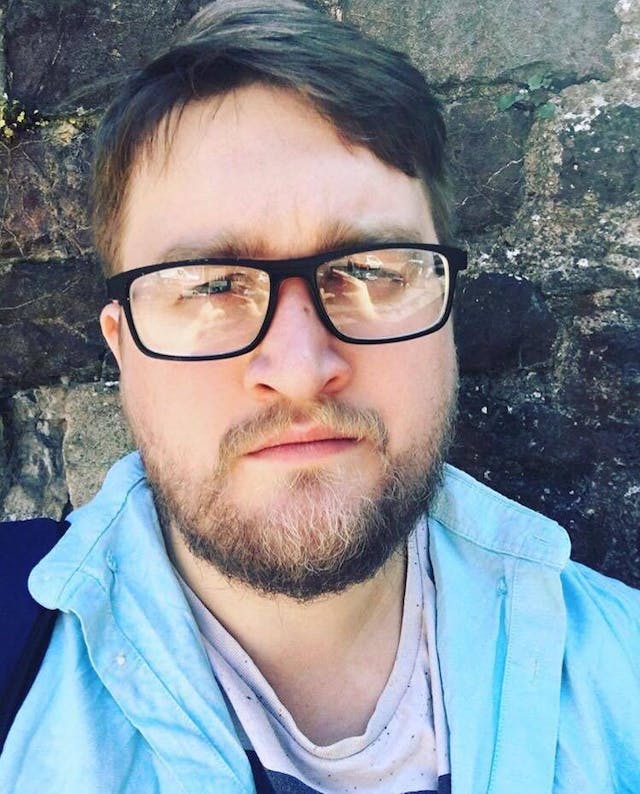 “As I explore in the book, Re-Animator is well-regarded within its field, and therefore exists as a work of quite excellent trash that serves to reflect ongoing tensions between modes of production and consumption on the 1980s B-movie horror circuit. For students of film there is plenty to explore in Re-Animator in the inner-workings of genre filmmaking, small studio production, and potentially offensive material that the film evidences. Yet most interesting for me is the film’s cult legacy, which ties together revisionist approaches to Lovecraft (see Lovecraft Country), nostalgic meta-horror (popular again in Netflix productions including Stranger Things [2016-] and the Fear Street trilogy [2021]), the preponderance of franchising, horror and otherwise, and so forth. All these factors abound in our current media landscape and prove once and for all that the ‘trashy’ 1980s are not to be underestimated or overlooked.”

Lucy Leake, Assistant Head of the School of Arts + Media at Plymouth College of Art, and Project Manager for BFI Film Academy Plymouth, said: “I’m really excited to read Eddie’s latest publication. In exploring ‘excellent trash’, Eddie champions popular culture, and the often under-represented creative work of the 1980's - work that he admires both as a fan and as an academic. We have such a wonderfully diverse team of specialist lecturers here at Plymouth College of Art, supported by visiting filmmakers, animators and artists, as well as a range of professional partnerships such as BFI and the Royal Television Society, that students too have the opportunity to develop their own specialist areas of interest. For students on our courses, including BA (Hons) Animation & Games and BA (Hons) Film & Screen Arts, this results in the creation of unique and challenging creative work, as well as the development of high quality craft skills in VFX , concept art, filmmaking and/or sound design.”

For anybody interested in making an application to study BA (Hons) Animation & Games or BA (Hons) Film & Screen Arts at Plymouth College of Art, it isn’t too late to start in 2021. Applications through Clearing close on Friday 15 October 2021. Alternatively, the new BA (Hons) Film Studies starts at Plymouth College of Art in September 2022, foregrounding films by women, LGBTQA+ identifying filmmakers, activists and marginalized communities to interrogate cinema’s role as a vehicle for change, documentation and escapism.