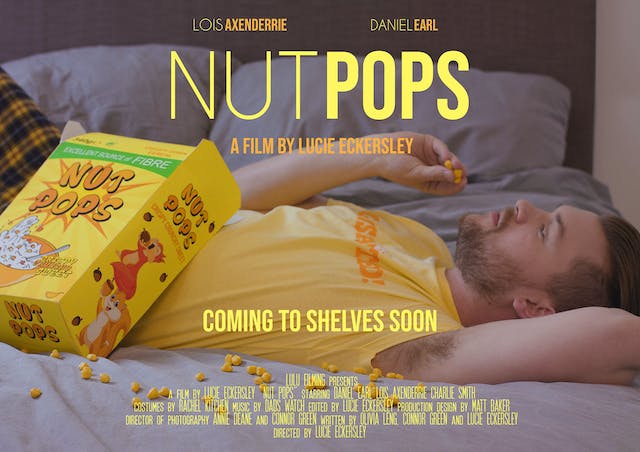 Graduates from Plymouth College of Art's BA (Hons) Film course have been recognised at the Royal Television Society’s Devon and Cornwall Student Awards.

Nut Pops, written, directed and edited by Lucie, features a character named Benny who is dissatisfied with his life working at a breakfast cereal company. Benny dreams of a different life, illustrating comic books and dating his neighbour, Ellie.

Lucie said: “The idea originally came from watching a lot of romantic comedies. It’s a genre I really enjoy, but I realised I’d never made one of my own! I ended up working with Olivia Leng and Connor Green, both students of the course, who are great at scriptwriting and comedy. They went crazy with ideas, making the film funnier and funnier.

“I knew I had to get good actors, so I spoke to Daniel Earl, an acting graduate from Plymouth. He played Benny and has worked on lots of films with me so was on board straight away. A coursemate’s friend Lo Axenderrie played Ellie, and as soon as I saw her I knew she was perfect for the role. I could see the film coming to life and then it was just a case of getting the right crew members to work with.

“Filming took five days over two weeks. I think the hardest part of filming was finding all the right locations. We filmed most of the scenes in student housing, where we dressed the sets to focus on the colour yellow. We incorporated yellow in the set design and costumes as well as in the design of the cereal box. The yellow is there to signify Benny’s mundane life, with the colour fading away as the story progresses.

“I’m an editor, that’s my passion, so it was so hard not to get a whole day of filming done and edit the footage immediately. I couldn’t help it, it was one of the most enjoyable films I’d ever worked on!” 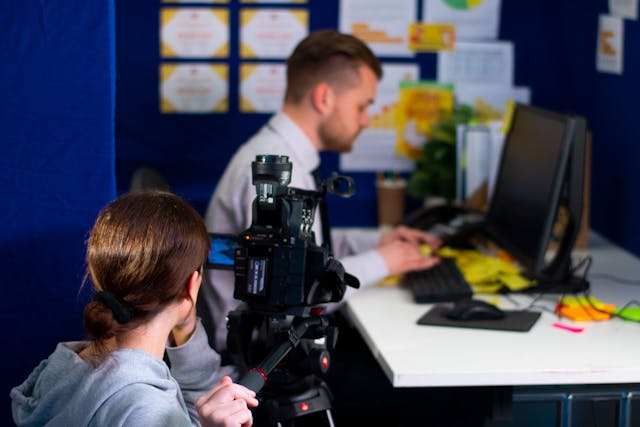 Behind the scenes of Nut Pops

Originally from Hastings, Lucie knew she’d found the right university for her when she went on a road trip with some friends to visit all the coastal universities they could.

Lucie said: “A friend of mine said that I’d love Plymouth, and when I turned up here, I realised she was completely right! I was nervous to move so far away from home, but everyone I’ve met has been amazing, I’ve definitely made some lifelong friends. Plymouth College of Art was my first choice because of how creative an environment it is to learn in. There’s so much freedom on the film course to try anything you want, I definitely enjoyed being encouraged to get out of my comfort zone and try new things.”

“I’m an editor, that’s my passion, so it was so hard not to get a whole day of filming done and edit the footage immediately. I couldn’t help it, it was one of the most enjoyable films I’d ever worked on!”
Lucie Eckersley, BA (Hons) Film graduate

Since graduating with a First Class Honours in 2019, Lucie has been working as assistant editor on projects with South of Devon Films, an independent film company set up by filmmaker and Plymouth College of Art technician Russell Cleave. They’ve collaborated on a number of films, from the psychological drama I’m Fine to Indiegogo funded Cornish folklore exploration Whistler, both of which are expected to be released in the next year.

Lucie said: “My advice to film students and any budding filmmakers is get your social media together. Get on Instagram and Facebook and get a website sorted. Be as active as you can and get your work out there.

“I’ve also found applying for film festivals has been the best way to get my work seen. Some have been running for years and most have a student category. The ceremonies are always a good opportunity to network too. Check out Film Freeway and apply to all the festivals, there’s no excuse when a lot of them are free. Even if you get rejected, it’s a positive thing because at least the judges have seen your work.” The Royal Television Society’s Devon & Cornwall Centre runs its own programme of public lectures, technical workshops and social events throughout the year. The Student Awards are presented as part of their Annual Awards Ceremony. Winners from the six categories go forward to be judged as part of the National Awards in London with the Devon & Cornwall region regularly boasting winners in the national awards.

"There’s so much freedom on the film course to try anything you want, I definitely enjoyed being encouraged to get out of my comfort zone and try new things."
Lucie Eckersley, BA (Hons) Film graduate

Plymouth College of Art continued that trend this year with two other students taking home awards and commendations. Third-year BA (Hons) Film student Marek Kawula won the award for Best Short Form with his film Time Is the Enemy, a philosophical film based around the idea that amidst the busyness of life we often forget to reflect on the beauty of the world around us.

Patyrk Swiatczak, third year student on BA (Hons) Digital Media Production also had his work commended by the judges. He was highly commended for his nominated film An Evening With Krampus: Behind the Scenes, coming Runner Up to Women Uprooted, an internationally renowned award-winning short film about female asylum seekers. 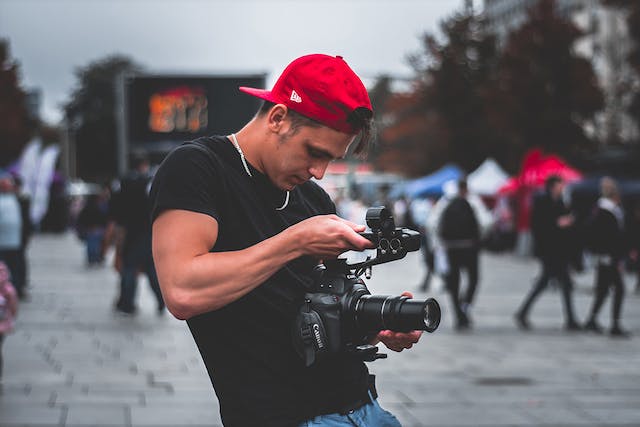 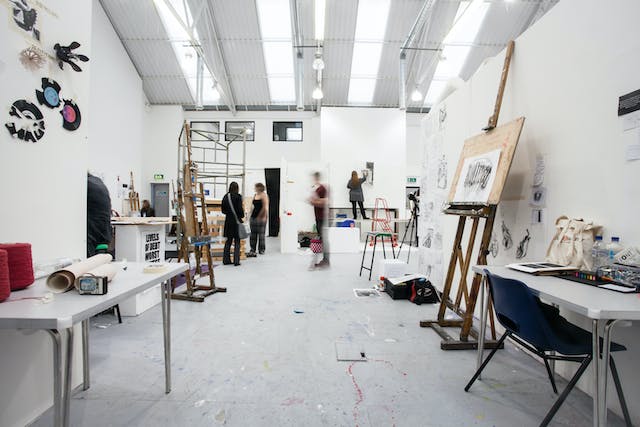 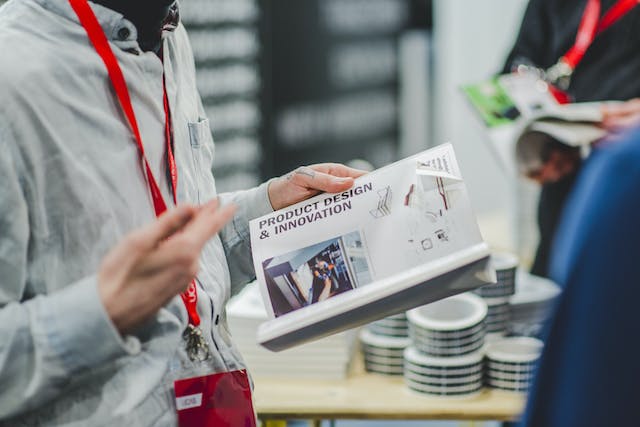