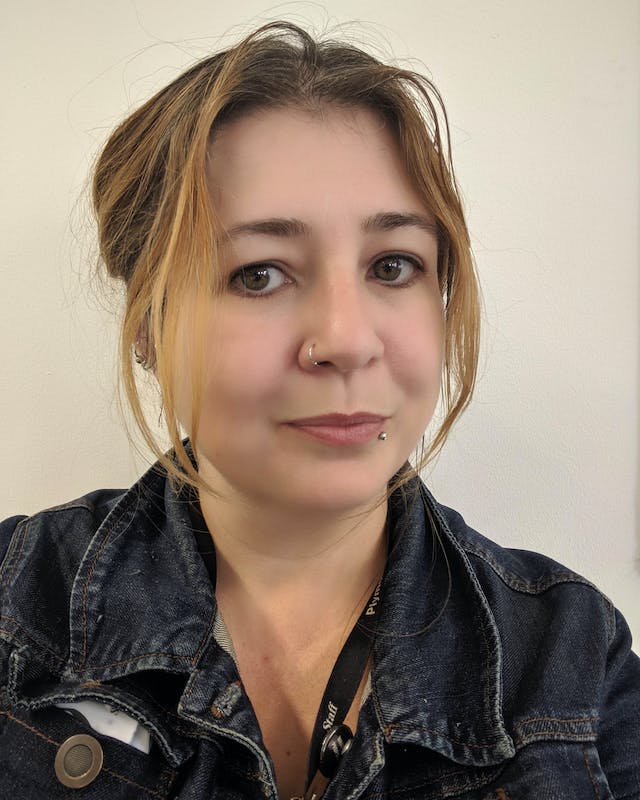 Carolyn was born in Plymouth, before moving to Cardiff University to read Genetics and then to Leicester. During her time there, Carolyn was a founding partner of Cafe Scientifique Leicester, which worked to make scientific research accessible to everyone; a particular highlight was bringing science to the Leicester Comedy Festival.

Carolyn moved back to Plymouth to combine her love of the sea and science communication with a job in Recruitment & Admissions at the University of Plymouth. During her eight years at the university she starred in a viral video with 1,500 exploding ping pong balls, ate insects, played robot football, walked on custard, stood in giant bubbles and combined art and science with DNA necklaces at a stand at Cheltenham Science Festival.

Since then, she has worked on the JISC/HESA analytics lab initiative, presented at national conferences about CRM and HE market data and now heads up Recruitment & Admissions at Plymouth College of Art. Her role includes working across Recruitment & Admissions, and with colleagues in the wider college to ensure a seamless experience for the college’s students. A key part of that is ensuring that all activities give potential students the information they need to make the best choice for them so that the college can continue to work with the best students at a local, national and international level. Carolyn sits on the strategic group for the South West National Collaborative Outreach Programme, which is a HEFCE funded project designed to increase participation in higher education from under-represented groups. Carolyn also represents the college at a local and national level to stakeholder groups such as UCAS, OfS, JISC and GuildHE.