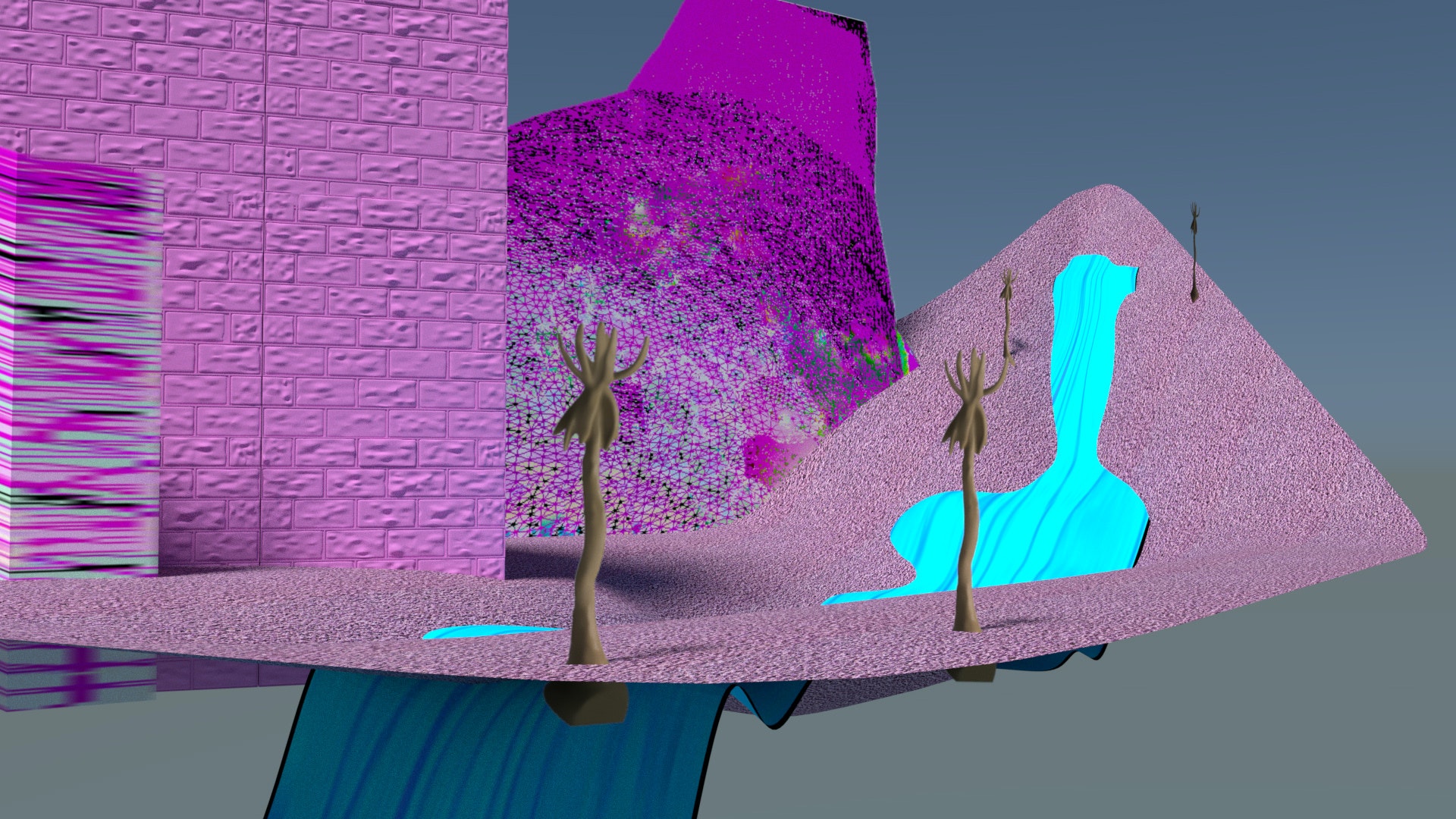 Our stimulating degree courses are delivered by our team of academics, technical demonstrators and invited experts who together deliver excellence in teaching. You’ll learn from real industry professionals, to ensure your future success in the fast-paced creative industries.

Tom Milnes is an artist and curator. Milnes has exhibited internationally including at W139 - Amsterdam, AND/OR - London, The Centre for Contemporary Art Laznia - Gdansk, and Gyeonggi International Biennale - Korea. Milnes has recently exhibited at FORMAT International Photography Festival 2021. He is the curator and founder of the online platform Digital Artist Residency. He has recently completed a PhD from Falmouth University. Milnes’ research practice explores the materiality of technology, engaging with the cultural impact of 3D imaging media through glitch practice and Media Archaeology. His PhD research concentrates on the materiality of the post-photographic; exposed through glitch practices in 3D photogrammetry and online cultures. Milnes has recently published research papers with the Journal of Artistic Research and Visual Resources.

Stephanie Owens is an interdisciplinary artist, creative researcher, and curator interested in the influence of digital networks on contemporary aesthetics and the production of subjectivity.

From 2011-2017 Stephanie was Director of the Cornell Council for the Arts (CCA) where she organised Cornell’s first art biennial focused on intersections between art, design and nano science, which was the subject of “Collaboration on Campus: Nanotechnology and Contemporary Art“, a documentary by Art21. Her curatorial and collaborative projects focus on the relationship between materiality and cultural objects in the context of representational and post-representational aesthetics.

She is a founder of Mobile Geographies, a locative-media initiative at The New School's Parsons School of Design (NYC) and co-founder of the storefront new media art space MediaNoche (NY), the first artist-run gallery for digital art in Upper Manhattan. Some of Stephanie's curatorial projects include Technologies of Place, funded by New York Foundation for the Arts, SELF[n]: Art & Distributed Subjectivity, Intimate Cosmologies: The Aesthetics of Scale in an Age of Nanotechnology (Cornell University), and Abject/Object Empathies (Cornell University).

She has taught digital media, art, aesthetics, interaction design and contemporary art theory at Cornell University, Universita IUAV di Venezia, Parsons MFA Design & Technology Program and The School of the Art Institute of Chicago. She is founding director of Empathy Academy, a project-based research platform for collaborations in art, design and materials science with partner universities and organisations in Europe, Asia and Latin America.

As well as being the Head of School for our school of Arts + Media at Plymouth College of Art, Stephanie is the Convener of the Making Futures Research Group. The Making Futures Research Group (MFRG) is a coalition of educators, artists, designers, scientists and social entrepreneurs at Plymouth College of Art who are interested in how traditional methods, materials and cultures of making might exist in future contexts through the use of emerging practices and technologies.

As a group of active practitioners, the MFRG explores the interface between organic and digital materiality as a means to better understand the construction of identity and cultural representation. As an exploration of materiality in the context of making more broadly, it seeks to investigate, through materials research and the development of an interdisciplinary pedagogy, the link between matter, networks and place.

Working as an interface between the studio curriculum and the Making Futures biennial conference at PCA, the MFRG operates on the horizon of matter and new technologies as a way of reimagining creative authorship across science, engineering, design and art.

Jason is a designer exploring the links between the crafted object and the possibilities afforded by 3D printing and other technologies. He has a degree in 3D Design, specialising in ceramics and an MA in Design from Central St Martins. He is currently undertaking a PhD in Ceramics Manufacture.

His work has been widely exhibited and is held in public and private collections internationally. He also undertakes architectural ceramic commissions. He is passionate about ceramic materials and strives, through the use of technology, to produce new forms and appropriate motifs for the 21st century.

Jason has taught at a range of levels. He teaches across the Craft & Material Practices programme and delivers specialist teaching in computer-aided design. He also works in our Fab Lab.

Paul works closely with staff and students to deliver a range of workshops that support the Fine Art curriculum. He offers support and assistance to students with the practical application of their subject and contributes to a positive overall student experience by ensuring that a safe working environment is achieved within the Fine Art department.

Since graduating from BA (Hons) Fine Art at Plymouth College of Art in 2014, Paul has worked as a freelance gallery technician in Plymouth and across the South West. While working as a technician he studied for a Masters qualification in Fine Art, graduating in October 2018.

Paul has held a studio at KARST in Plymouth for three years, working to develop his practice which focuses on the design and production of sculptural forms, exploring the interaction between viewer, spatial dimensions and fortified structures. Scale and connectivity are key considerations, with current research exploring principles and technologies that unify sculpture, with space to produce immersive works that provide potential for increased accessibility and audience participation.

Ben’s career started with him studying a fine art sculpture Foundation course at Buckinghamshire College in High Wycombe (now known as Buckinghamshire New University). He then moved into furniture design, studying for a City and Guilds qualification at London College of Furniture. Upon graduating, Ben worked as a furniture maker, running his own business.

In 2007, Ben moved into education, working as a technician at the University of Plymouth and setting up the CNC production facility for their Faculty of Arts. He also taught on the institution’s Product Design and 3D Design programmes, focusing on teaching furniture makers their trade, until 2014.

Ben joined Plymouth College of Art in late 2017, to head up our Fab Lab Plymouth team, aiding businesses in the South West in bringing new products to market by providing access to training opportunities, academic research, technical expertise and access to new technologies in the area of digital design and digital manufacturing.

Oli is an active industry professional, working as a Level Designer & Technical Artist for studios like Running With Scissors on POSTAL 4; and for Tripmine Studios, working on Operation: Black Mesa.

Specialising in Level Design and AI, material creation, lighting & technical skills in Unreal Engine 4 & 5, Oli also has a keen interest in other areas such as virtual production and mixed reality experiences.

Oli has also worked externally for Amazon Music and Blinkink as an Unreal Engine 4 & 5 technical artist and consultant, working on the Tokyo & Latam environments, virtual cameras and animation assets for their advertising campaign Unbox A World of Music.