Our stimulating degree programmes are delivered by our team of academics, technical demonstrators and invited experts who together deliver excellence in teaching. You’ll learn from real industry professionals, to ensure your future success in the fast-paced creative industries. 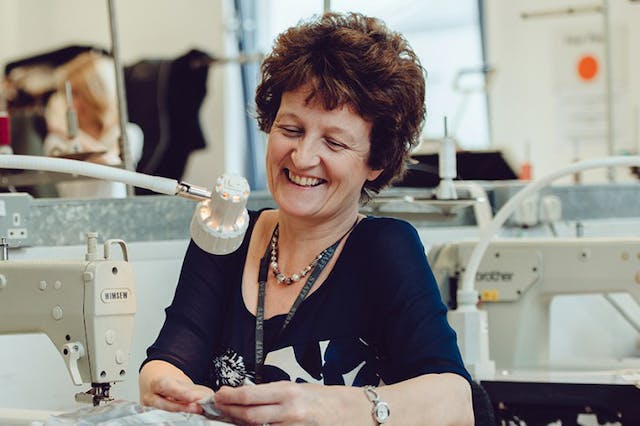 Marie studied BA (Hons) Fashion Technology at Manchester University and gained a Post Graduate Certificate in Education from Plymouth University. She spent two years as an assistant fashion designer before progressing onto a career as costumier and supervisor working for a variety of theatre companies including; The Royal Exchange Manchester, The Royal Shakespeare Company and West Yorkshire Playhouse. Finally settling here in the South West as the Deputy Wardrobe Manager at the Theatre Royal, Marie worked on West End Productions for Cameron Mackintosh and Andrew Lloyd Webber as well as supervising dramas and community shows in the Drum Theatre.

Marie has delivered teaching and learning across the Extended Diploma in Fashion and Textiles course, delivering costume design and pattern cutting.

She has a particular interest in exploring digital technologies for costume design and is a member of The Costume Society.​ 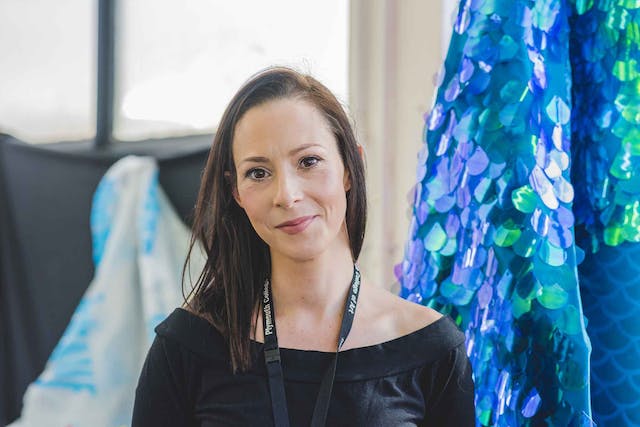 Natalie is a performer, writer, researcher and educator of performing arts. She studied Theatre and Performance BA at Plymouth University and later gained a postgraduate certificate in education. With over 15 years experience in industry, Natalie has worked as a socially-engaged community practitioner/director, specialising in non-traditional performance practices, writing for performance and teaching theatre skills to vulnerable adults. 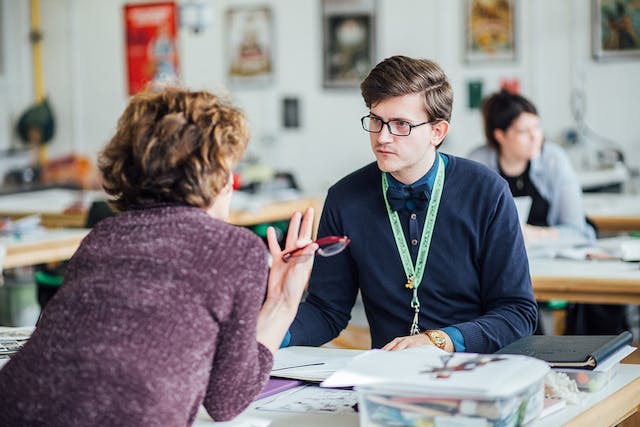 Jerry Moore is an experienced costumier, having created costumes for theatre, film and TV, including working on BBC's Poldark and Book of Mormon. He is a specialist in pattern cutting and tailoring.

He has been a lecturer on Plymouth College of Art's BA (Hons) Costume Production programme since September 2018. He teaches on the programme's prop making, interdisciplinary studies and professional practice modules. Jerry has also run our Short Courses in Pattern Cutting here at the college since 2016.

Since 2010, Jerry has also worked for Theatre Royal Plymouth's Wardrobe Department. During his time there he has worked on such productions as Matthew Bourne's Sleeping Beauty, Wicked for Det Ny Teater in Denmark, and Love Never Dies, also for Denmark.

He also works as a freelance Costume Tailor/Costumier, and has worked on a range of theatre, film and TV productions, including Book of Mormon (West End), working as costume designer and Head Of Department for The Ghost Ship (film directed by Robert Young), as well as working as the Children's Tailor for brooding BBC drama Poldark (Series 2 Episode 5). 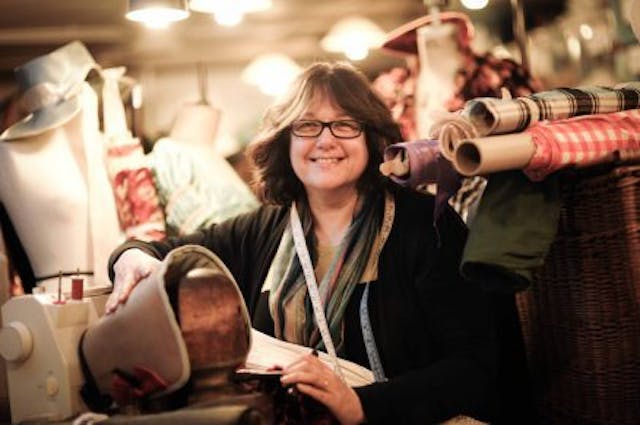 Beth is the Wardrobe Manager at Exeter Northcott and has also worked as a costume supervisor at the Bristol Old Vic, Bath Theatre Royal, Theatre Alibi, The Common Players and Out of Joint.

Beth works regularly with Exeter College supervising the BTech final show and has supervised costumes for Exeter City Council projects as well as working as a costume assistant for the BBC.

Most recently Beth has been instrumental in saving the Exeter Northcott wardrobe stock, with the invaluable help of a team of volunteers. 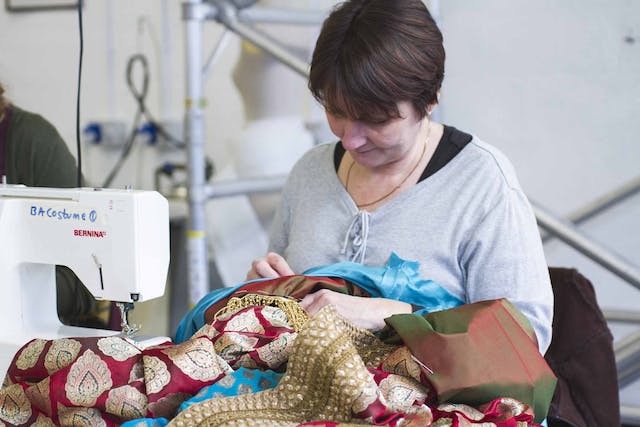 Tracey Ormston is a costume maker and designer based in Devon, who specialises in millinery and 3D costume prop making. She has experience across a wide variety of creative disciplines, and her portfolio includes costume making for Norwich Theatre Royal, Plymouth Theatre Royal, Exeter Northcott Theatre, The Barbican Theatre, Plymouth, Exeter City Council and The Tabard Theatre Chiswick.

Past projects have included making costumes for the BBC programme Poldark (Season 2) and working as a wardrobe assistant for Canadian TV series Frontier, both on set and in the workroom.

Tracey has collaborated with many professional practitioners, such as international designer Leslie Travers and director Emma Rice in Kneehigh's touring production of Rebecca. During her time studying for a BA in Costume here at Plymouth College of Art, where she gained a first class with honours, she trained under professional costume prop maker Jeannie Fletcher from Costume FX.

Tracey's interests include all aspects of costume making, from concept through to finish and she enjoys the challenge of making small props to compliment her designs. Tracey's research interests include bringing new technology into costume creation, using materials such as therma plastics, and working with the equipment in Fab Lab Plymouth - including 3D printers and laser cutters - to investigate new ways of creating props and millinery.