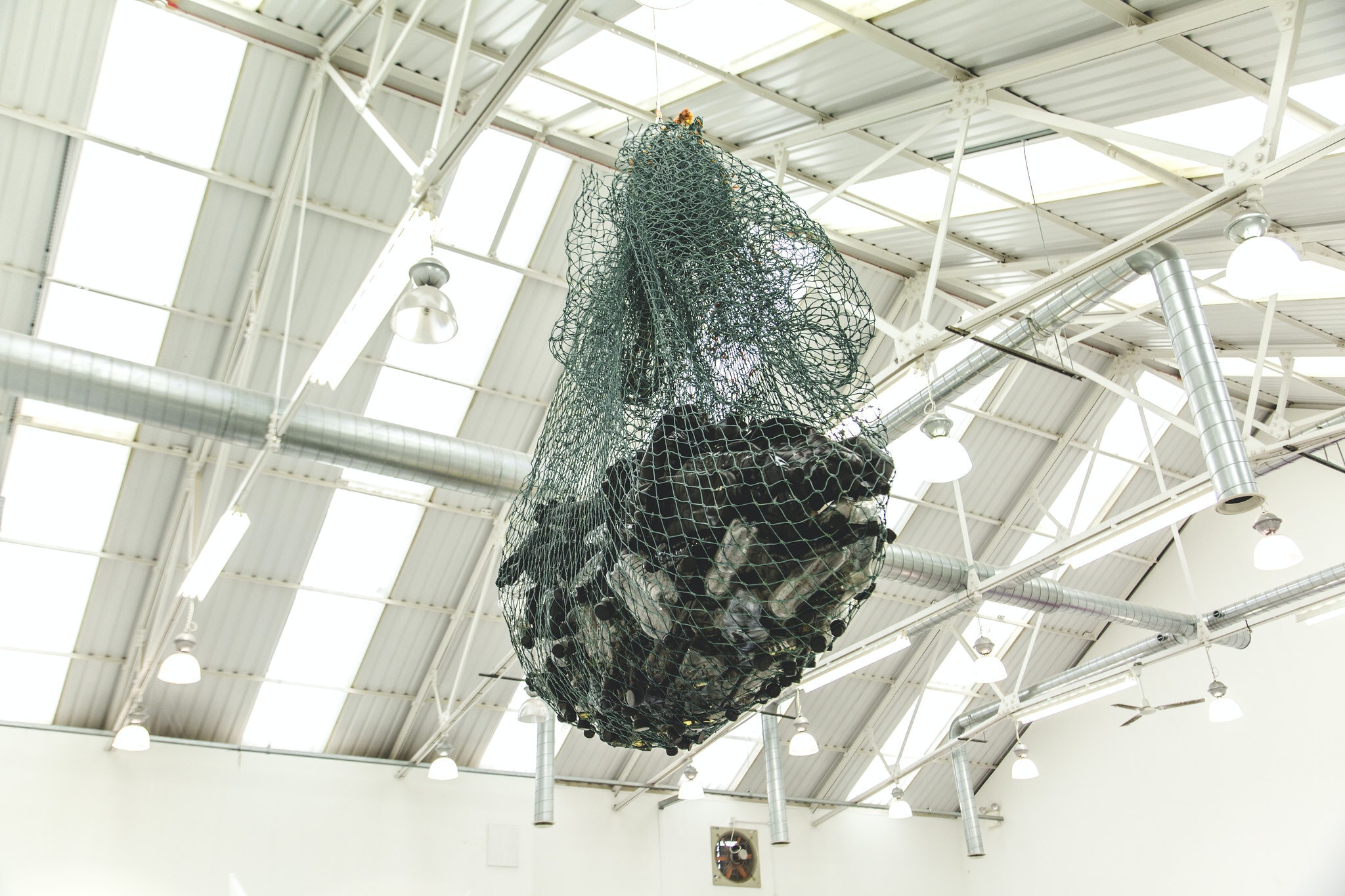 Find out about life at our independent art school from the people who know us best — our real staff and students.

Speak to someone today and gain personal insight into our creative community. From finding accommodation and student finance to course content and employability, our approachable student ambassadors are available to answer your questions on live chat.

We'll aim to get back to you within 24 hours.

I originally applied for universities like UCL and Goldsmiths but didn’t get in because of my portfolio, so decided to do the Foundation course at the college. I really used it to develop my portfolio and to develop my studio practice.

The course was really interesting because it was so experimental – you try so many different things on it. I came in with experience in painting and some installation but worked on things like film and sculpture during the course too. That was one of the great things about it. We weren’t restricted at all.

The teaching was really interesting. All the tutors have different specialisms, which is obviously really useful. It was great. It’s good to get an all-round view of the art world – which is what it’s all about really.

Doing the Foundation basically allowed me to get into Chelsea. They were particularly impressed with my knowledge of contextual studies and the current world of modern art, which I developed during the Contextual Studies module at the college.

The facilities at the college were great too. The woodwork room in particular, and the wood technician Martyn, was really useful. I chose to paint on board rather than canvas so Martin really helped with how to do that. And the Equipment Resource Centre was great, very very good, particularly for when I was working with digital – being able to borrow equipment like cameras. The space in general was really good.

Not only does the course help you develop your practice but you meet a whole load of new people there who are purely investing their time in art. You meet people who work in fashion illustration, film. You get a good sense of what’s going on in the art world. General chit chat just turned into massive, inspirational discussions.

"The Foundation Diploma at Plymouth College of Art is a perfect course for anybody who wants to expand their creativity and experiment with different mediums to help them find the right path. It was great to be surrounded by students with different interests and to see their ways of creating a body of work. I was pushed and motivated a lot, and after Foundation Diploma, I felt more than ready for my degree course."

“My film is based on a story about my father. When I was feeling homesick, dad would tell me fascinating stories on Skype about his life. So I decided to make a visual story about them.

When he was young my father had to go into the army. He served in the Black Sea doing patrol work on boats, tracking planes. He had to keep his work secret for 25 years.

My family are working farmers and in Lithuania there are certain farming traditions. When my father was just a boy, my grandfather would ask him to help him slaughter a pig; but my father never wanted to do it and he would run away. Just before he left for the army, grandfather asked him again, and this last time he decided to face his fear.

This experience came back to my father when he was in the army. In the early hours of one morning, a cook woke him up, saying, ‘You’re a country boy. You must know how to deal with a pig.’ And so he had to do what he had seen his father do.”

“I love reading but I’m very dyslexic and I explore my ideas though writing as well as looking at other artists’ work. I based this project on the capacity for violence and made an installation. First, I made clay pots, filled them with red paint and gave written instructions, inviting people to throw them into a space where I was sitting. I was interested in how people felt after doing it – they felt guilty but enjoyed it. I looked at images of Guantanamo for reference and set up a curtain to screen the space, so it was like entering a forbidden space.

One of my sources was Plato, who reasoned: ‘If we imagined ourselves granting to both the just and the unjust the freedom to do whatever they liked, we could then follow both of them and observe where their de sires led them, and we would catch the just man red-handed travelling the same road as the unjust.’

This is the idea my end-of-year show installation explored. Once inside the room I made, people would have no responsibility. They would no longer exist as part of the world because they were not bound by the rules of the world outside.”

“I’m from Liskeard and commute by train. It’s definitely worth the journey. I came here on an Open Day after A-levels and I also looked at the Degree Shows. The College has really good resources, especially in glass and metal. We’ve only been here five weeks, but I’ve already had inductions to all of the facilities. We have total access; if you want something, you can just go and find it. The Foundation Diploma course studios provide plenty of space and the tutors are very personable and encouraging. The course content is very rich, and the information is clear. Illustration is the direction I’m heading in.”

“I did A levels in Art, Photography, Film Studies, History of Art and English Language before I started the Foundation course. I shopped around because I wanted to move away from home, and I visited places as far apart as London and Cornwall, but when I arrived to look around I just thought, ‘This is it, I’ve found what I want’. I feel completely at home here. Helen Markes’s approach and presentation impressed me; it made the place feel quite intimate. There’s a real sense of community – everyone talks to one another and the tutors treat you as an equal. I come from a very academic background but here everyone talks art!”