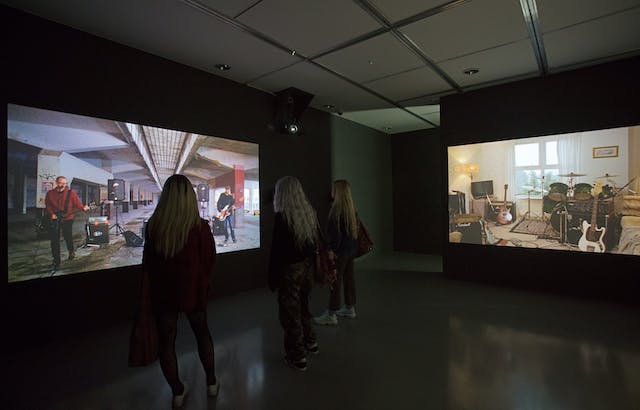 As a BA (Hons) Film Studies student you will be taught to challenge the conventional perceptions of film history and theory. By foregrounding films by women, LGBTQA+ identifying filmmakers, activists and marginalized communities - you’ll interrogate cinema’s role as a vehicle for change, documentation and escapism.

With the support of our expert industry-practicing filmmakers and theorists, you’ll explore content made outside of dominant US and European mainstream media, drawing on themes such as ethnicity, culture, feminism and identity politics. With an emphasis on cinema that confronts dominant assumptions and narrative convention, you’ll discover the importance of representation and diversity, from documentary making through to cult classics and the avant-garde.

'We The People Are The Work' exhibition. Photo credit: Jamie Woodley

A key area for Film Studies students will be Plymouth Arts Cinema; Plymouth’s independent arts cinema, located at the heart of our city-centre campus.

This exciting partnership with the cinema provides opportunities for Film Studies students to study cinema programming, exhibition and distribution and also to work on joint projects with the cinema in live project briefs: to programme seasons of documentary, feature and independent films, to introduce films and events and to write programme and publicity copy and critical articles for audiences at the cinema. 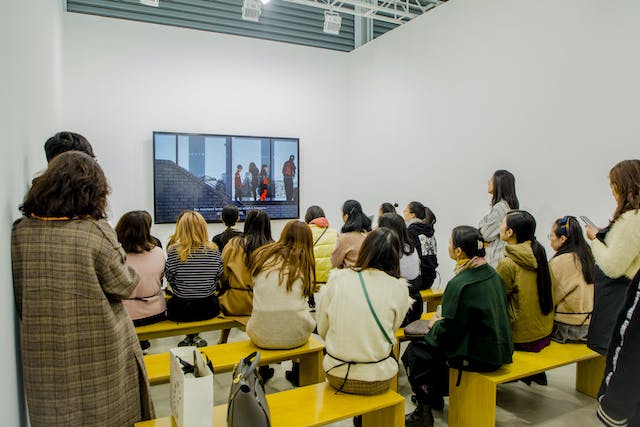 Core specialisms of the course include film theory, film history, film criticism, cultural studies, creative and critical writing, cinema and film festival programming. The college is committed to social justice and the programme will challenge conventional perceptions of film history and theory by foregrounding marginalised communities and filmmakers from a range of ethnic backgrounds as well as their relationship to mainstream film industries.

As a graduate, you’ll leave equipped with specialist knowledge in film exhibition, programming, distribution and festivals, and the skillset required to work within film criticism, teaching, community arts and arts administration and journalism (including hard copy, online and broadcast) as well as for further study at postgraduate level and for research in Film Studies and related disciplines. 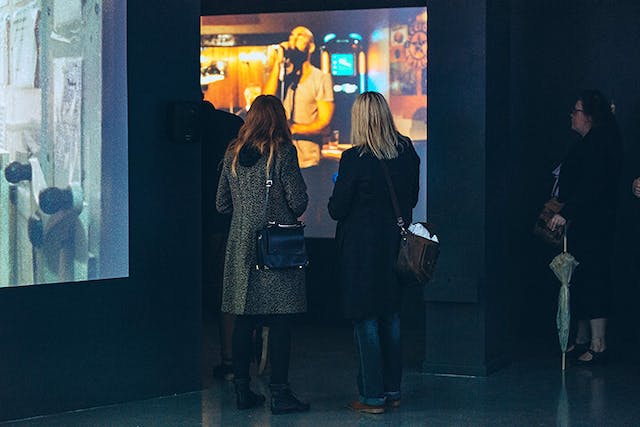 'We The People Are The Work' Exhibition. Photo credit: Dom Moore

Study with us and you’ll expand your critical approach alongside developing skills in research and analysis. Our creative programmes encourage diversity in thinking and making - from practical applications through to reflective, analytical writing.

We provide a dynamic, stimulating learning environment from which to test new models of practice while investing in the rich relationship between practice and theory - based on the potential in material and visual exploration, collaborative working, cross-fertilisation of ideas,and the exploration of histories and contemporary contexts. 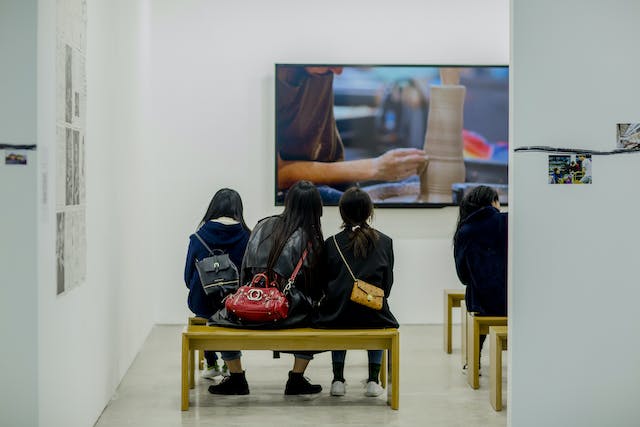 Although many of our students do come in with top grades and high UCAS points, these aren’t necessarily essential for entry. We typically ask for a minimum of 112 UCAS points, but we understand that talented artists, designers and makers can have a wide

range of relevant strengths and skills beyond formal qualifications. We’re just as interested in exploring your portfolio and discussing your creative experiences as we are in seeing your grades. 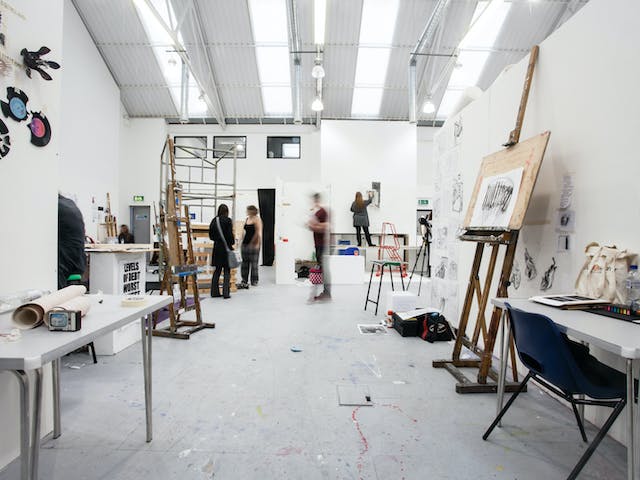